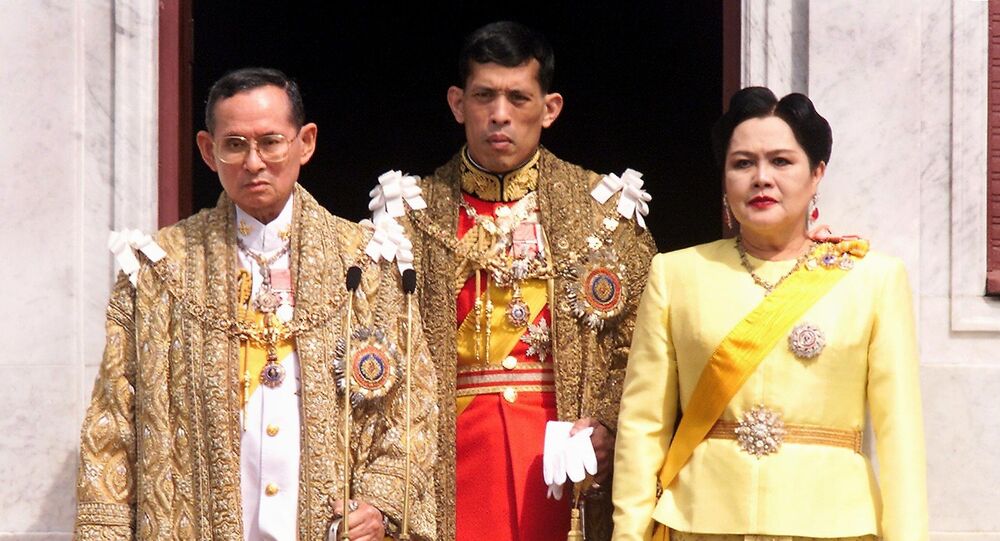 Prince Maha Vajiralongkorn will succeed his late father Bhumibol Adulyadej as the new king of Thailand.

© AFP 2021 / Pairoj
Putin Expresses Condolences Over Passing of Thai King
Prayut Chan-o-cha also called on Thai people to wear mourning clothes for a year as well as to refrain from entertainment activities for 30 days.