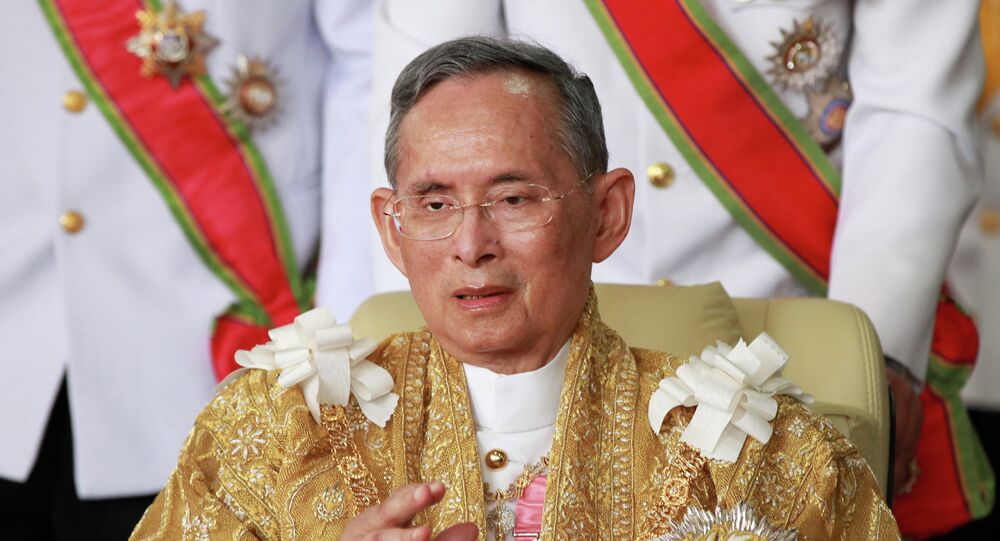 Thailand's King Bhumibol Adulyadej has died at the age of 88, according to a statement made by the Royal Palace.

King Bhumibol Adulyadej, also known as Rama IX, died on Thursday in Bangkok at Siriraj Hospital where he had been taken on October 10.

The Royal Household Bureau announcement on HM the King. pic.twitter.com/eeV2HwPB7O

King Bhumibol Adulyadej was the ninth monarch of the Chakri Dynasty. He was born in 1927 in Cambridge, Massachusetts, where his father, Prince Mahidol Adulyadej was studying at Harvard at the time.

On June 9, 1946, after the death of his elder brother, King Ananda Mahidol, Bhumibol Adulyadej ascended to the throne but was officially crowned King of Thailand on May 5, 1950.

In 1950, King Bhumibol Adulyadej married Sirikit Kitiyakara, the daughter of Prince Nakkhatra Mangkala Kitiyakara. The royal couple has four children, one son and three daughters. Crown Prince of Thailand Maha Vajiralongkorn is the heir apparent to the throne.

The King was the world’s longest-serving current head of state and Thailand's longest-ruling monarch, with his reign lasting for more than 70 years.