Australian Prime Minister Malcolm Turnbull and opposition leader Bill Shorten agreed the importance of unity and multiculturalism in the country. 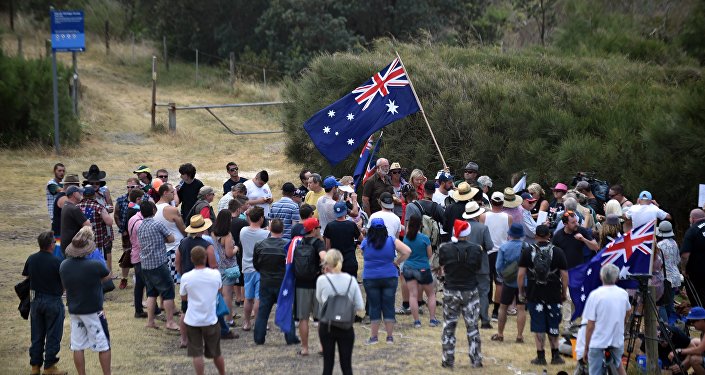 © AFP 2019 / PETER PARKS
Australian Discrimination Chief to Slam Senator for Muslim Migration Initiative
MOSCOW (Sputnik) — Australian Prime Minister Malcolm Turnbull and opposition leader Bill Shorten united on Monday to send a clear message of rejection to all kinds of racial intolerance in Australia by filing a formal motion in the parliament that condemns racial intolerance in any form.

The motion was presented by Turnbull and had the full support of Shorten, the Labor party leader.

"First and foremost, I see one of the great defining characteristics of the nation that is Australia — that we are the most successful multicultural society in the world… The glue that holds us together is mutual respect — a deep recognition that each of us is entitled to the same respect, the same dignity, the same opportunities," Turnbull said in his speech in front of the parliament.

Muslim Australians are an integral part of the nation and the voices that support terrorism constitute a very small minority that is rejected by the majority of Muslims in Australia, Turnbull noted.

The motion comes in response to the remarks of Pauline Hanson, the leader of the right-wing party One Nation in front of the parliament's upper house in September. Hanson then said that Australia was in danger of being swamped by Muslims and called for a ban on Muslim migration.

Almost Half of Australians Support Ban on Muslim Immigration to Country