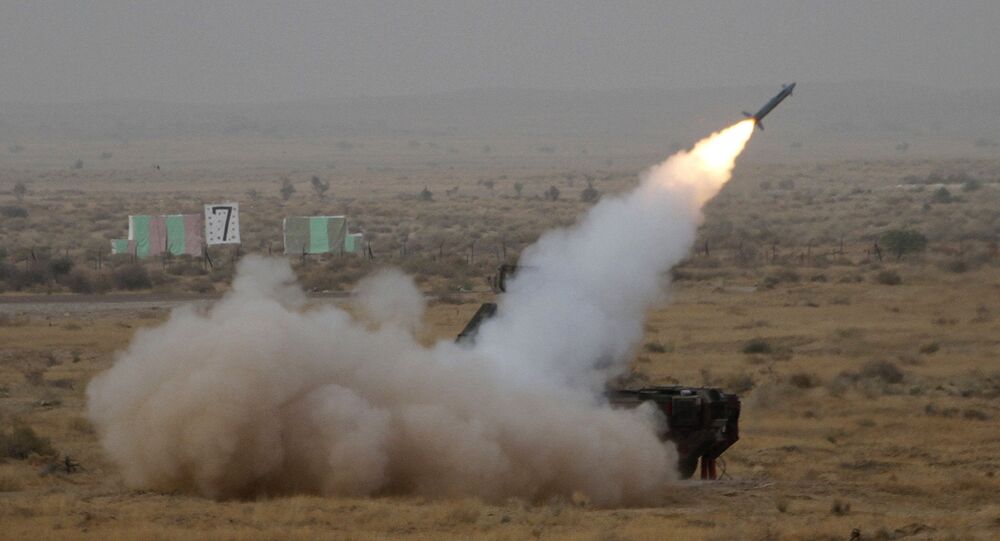 As India plans to equip its troops along the Chinese border with the BrahMos missile, China’s Defense Ministry has called for calm.

A long term territorial dispute between Beijing and New Delhi has been brewing along the Tibetan border. China lays claim to roughly 35,000 square miles ruled by India, while India says that China is currently occupying 14,600 square miles of its territory.

© AFP 2021 / BIJU BORO
'Something to Worry About': India Accuses China of Sending Troops, Helicopter Across Border

To assert its own claims, New Delhi plans to deploy advanced BrahMos cruise missiles to the region. Introduced in 2007, the projectile is one of India’s most versatile weapons, capable of being launched from ships, submarines, aircraft, or land.

In response, China has called for its neighbor to promote "stability."

"We hope the Indian side can do more for peace and stability in the border region," Chinese Defense Ministry spokesman Colonel Wu Qian told reporters, according to the Hindu.

"To maintain peace and stability along the India-China border is an important consensus reached by the two sides."

"This news has gained widespread attention. India’s move to deploy missiles on the national boundary has already exceeded its defense needs and poses a serious threat to Tibet and Yunnan," it said.

"The deployment of the BrahMos missile is bound to increase the competition and antagonism in the China-India relations and will have a negative impact on the stability of the region."

India is negotiating a deal with the United States to purchase M777A2 lightweight howitzers that would be used along the border. This deal is likely to stall, however, due to price fluctuations.

"…A great number of Chinese firms, including smartphone manufacturer Xiaomi and PC computer maker Lenovo, have turned their eyes toward India," said China’s Global Times in an editorial.

"However, it is puzzling that while deploying tanks near China’s border, India still strives to woo Chinese investment."