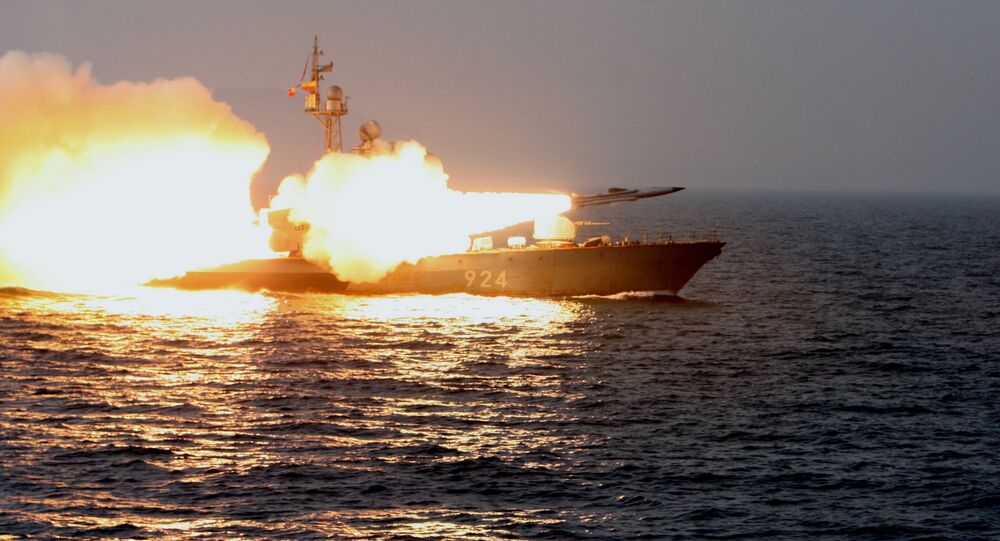 China’s navy carried out a series of deep-sea military exercises in the sea of Japan days after Tokyo warned against taking actions to escalate tensions in the region upon reports of a record number of Chinese naval vessels being spotted near a group of disputed islands.

Xinhua newspaper reports, citing an official in the People’s Liberation Army Navy, that the exercises began on Thursday and lasted through Friday. The source said the drills were being conducted in a "certain part of the Sea of Japan," but refused to provide additional specifics.

The report was corroborated by the Chinese military’s official newspaper, the People’s Liberation Army Daily, which said that the vessels involved in the exercise included a ballistic missile armed destroyer, two frigates, and a supply ship for the Jingzhou distant sea training fleet. The exact number of ships involved in the drill was not specified in the article.

Xu Haihua, the drill commander, assured PLA Daily that the drills were of a routine nature and had been planned beforehand suggesting that they were in no way intended to provoke a response from Tokyo.

"Exercises far out at sea in international waters are commonly done by world navies, and this year our navy has many times organized fleets to carry out exercises far out in the Western Pacific," the commander told PLA Daily. "The deep-sea exercise is part of our annual training arrangements, it is not aimed against any specific country, region or target, and is conducted in accordance with international law and practice,"

Despite the calming reassurance, tensions have mounted between China and Japan in recent weeks stemming from Tokyo’s hostility towards Beijing’s decision to disregard a ruling by The Hague arbitrational tribunal regarding the disputed South China Sea territories. Japan is not a party to that dispute and China viewed the commentary from Tokyo to amount to unnecessary meddling in Chinese affairs.

The two countries do have a longstanding territorial dispute of their own in the East China Sea regarding the Senkaku (known by the Chinese as Diaoyu) Islands. Tokyo hoped that the ruling by The Hague regarding the South China Sea would bolster their hand providing them leverage in their own, separate dispute with Beijing.