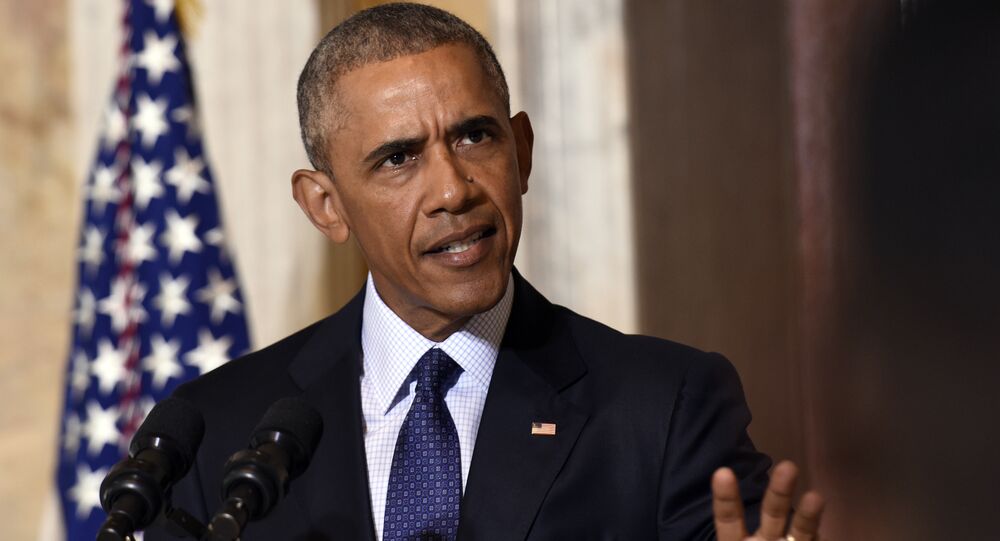 President Obama’s planned announcement of a “no first use” nuclear policy and the negative response to this from Washington’s Asia-Pacific allies South Korea and Japan will fuel public attention towards Hillary Clinton’s military doctrine, South Korean and Chinese defense experts said in an interview with Sputnik.

“The highly publicized statements about the US not to be the first to use nuclear weapons look more like an attempt to justify the missile defense shield now being deployed under US command,” Dong-Yup Kim, researcher at the Institute for Far Eastern Studies, Kyungnam University, said.

He added that by his last-minute drive for a foreign-policy legacy Barack Obama apparently wants to be remembered as a peacemaker and that he will hardly change his mind in his remaining months in the White House.

Dong-Yup Kim described President Obama’s statements as “abstract and symbolical” and “devoid of any practical meaning,”

“In any case [these statements] are starkly at variance with President Obama’s policy of building up missile defense, so they do not merit any serious attention. If Hillary Clinton is elected, this concept will vanish into thin air,” he emphasized.

© REUTERS / Jonathan Ernst
Will Obama Have the Guts to Ditch America’s First Nuclear Strike Policy?
Meanwhile, President Obama’s initiative could become a major factor in the ongoing presidential race in the US with Donald Trump’s oft-repeated desire to weaken military alliances, while Hillary Clinton insists on the very opposite.

In an article titled “Will South Korea Go Nuclear?” published by the Bulletin of the Atomic Scientists, Robert Einhorn, senior fellow at the Brookings Institution, wrote that the United States “will have to give high priority to reassuring South Koreans that they can count on the US extended deterrent. That will require frequent and highly visible demonstrations of commitment, including high-level statements of support by American officials, joint exercises to show collective resolve, and tangible indications — such as B-52 and B-2 flyovers — that US strategic assets remain at the disposal of the alliance.”

Commenting on Japan’s nervous response to President Obama‘s potential declaration of a “no first use” nuclear weapons policy for the United States, Dr. Da Zhogang, Director of China’s Institute of Northwest Asian Studies, said that it was out of trend with Tokyo’s traditional anti-nuclear policy.

“As the world’s only country to have suffered the effects of a nuclear attack, Japan should fight to rid the world of nuclear weapons. Japan does not have nuclear arms, but if it did, it should stick to the policy of the non-use of such weapons,” Dr. Da Zhogang told Sputnik.

Will Obama Have the Guts to Ditch America’s First Nuclear Strike Policy?