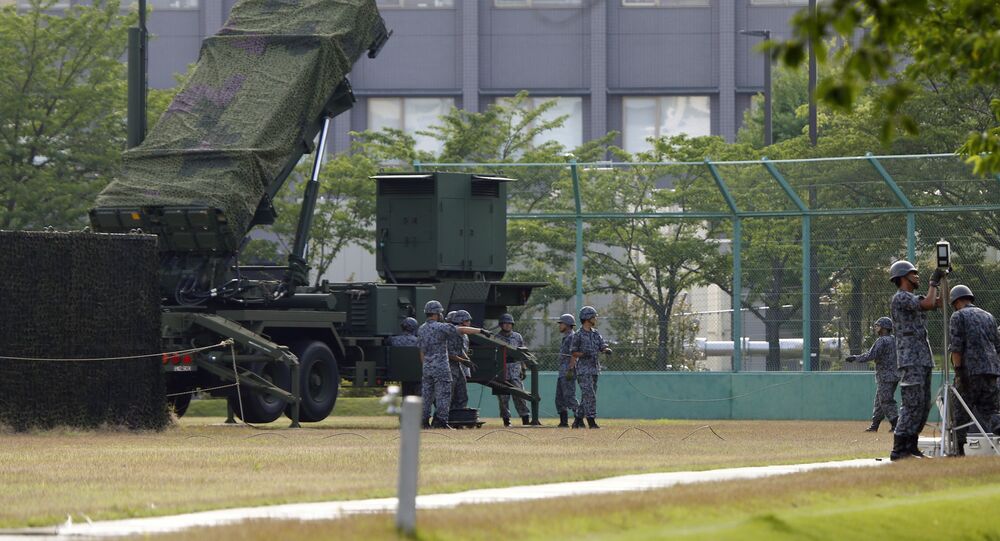 Many military experts note that the US has been trying to capitalize on tensions between China and Japan and wreak havoc in the region, however preferring to stay behind the scenes; Russian military analyst Konstantin Sivkov told Sputnik that Tokyo is perfectly able not only to defend itself but be the first to attack.

The expert suggests that Washington tries to capitalize on tensions between China and Japan, as well as North Korea's nuclear activities in its standoff with Beijing.

The Japanese government has approved a record $44 billion defense budget, its largest ever, and brought into effect new laws easing restraints on Japan’s military and permitting Japanese troops to operate outside the country for the first time since World War II.

The changes represent the biggest revisions in the country’s defense policy since adopting its 1947 constitution, prepared during the American occupation of Japan.

Japanese security policy has now extended well beyond the constraints that were operating throughout Japan’s postwar history.

Russian military science professor and president at the Academy of Geopolitical Problems, Konstantin Sivkov told Sputnik that Tokyo now is perfectly capable not only defending itself but of being the first to attack.

The country’s fleet has long ceased being only defensive. It now has in its possession advanced American destroyers, one of the most powerful in the world, modernized for the Japanese needs.

More importantly, the Japanese are now able to build their own fully functional aircraft carriers. Even though they are called helicopter carriers, their tonnage is typical for an aircraft carrier – 37 thousand tonnes which is able to land from 20 to 37 F-35 fighters, which are vertical-takeoff-and-landing aircraft.

Such aircraft carriers are designed for offensive operations in off-shore maritime zones outside the Japanese territory.

The Japanese government always stresses that the country’s three nuclear principles, which guide its nuclear policy since their inception in the late 1960s, state that Japan shall neither possess nor manufacture nuclear weapons, nor shall it permit their introduction into Japanese territory.

However these tenets have never been adopted into law and thus could be easily reviewed or abolished by the cabinet of ministers.

Back in April the country’s public officials said that Japan's constitution does not ban the country from having nuclear weapons, contrary to popular belief.

The Japanese Cabinet wrote in a response to lawmakers' inquiries that the nation could own and use nukes. But it then noted that the government "firmly maintains a policy principle that it does not possess nuclear weapons of any type under the three non-nuclear principles.”

“For the nuclear fuel the level of uranium and plutonium enrichment should remain within 20 per cent, while for a nuclear bomb it should be at 90-95 per cent,” Konstantin Sivkov said.

There is absolutely no need for highly enriched uranium or plutonium for the needs of a nuclear power station, he added. Moreover, it will be dangerous as it is quite unstable and can explode.

Therefore, if the Japanese enrich their materials up to 90-95 per cent, it will univocally signal that they are getting ready for a nuclear bomb production.

In this case, the expert said, certain steps should be taken to curb such activities as it is a grave violation of the Japanese constitution and the Proliferation Security Initiative, which it had signed.

It will also pose a grave nuclear threat for the Far East and South-Eastern Asia. As there will be three countries with nuclear weapons able to launch at any time: North Korea, China and Japan.

It will be a very dangerous nuclear triangle, especially with regards to Japan-China. As in case of a conflict, the consequences might be dire.

Some experts believe that there are certain powers within the US who are eager to wreak havoc and destabilize the region, however preferring to stay behind the scenes.

Vietnam, Philippines, India and Japan and other countries displeased by China’s might then be given the role of the US’s foot soldier in the region.

American strategists can then leave Japan to play the role of China’s main adversary.