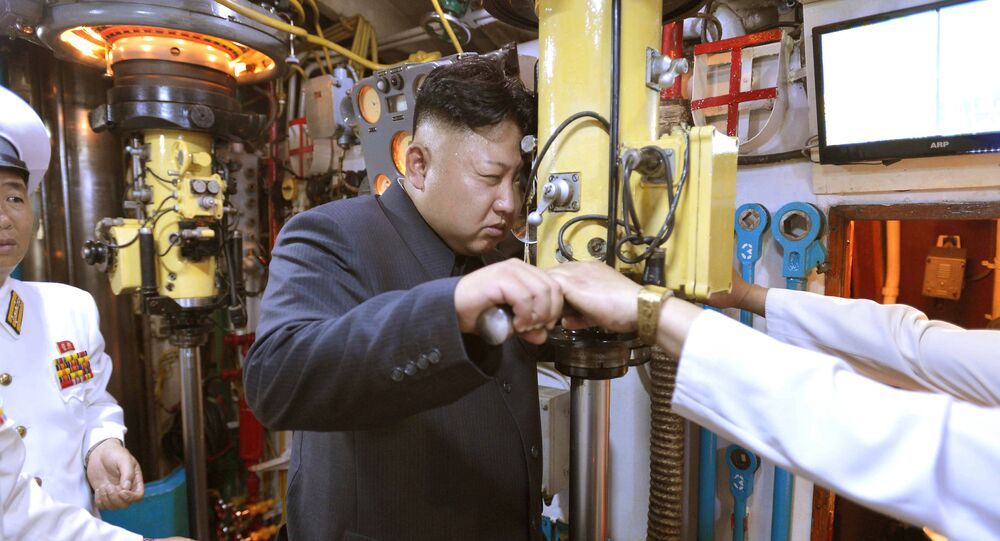 Work on the launching way and construction hall of North Korea's Sinpo South Shipyard project is now externally complete, according to a US-based monitoring project.

"Work on the launching way (i.e., ramp) and construction hall, 360 meters south of the secure boat basin, is now externally complete. The status of work inside the hall remains unclear, but when it is finished North Korea will be able to build and launch new submarines much larger than the existing GORAE-class—including a new class of ballistic missile submarines," the 38 North project said Wednesday.

© AFP 2021 / JUNG YEON-JE
North Korea Leader Provides Guidance to Launch of Three Ballistic Missiles
South Korea and the Unites States have been monitoring the Sinpo Shipyard after Pyongyang tested a submarine launched ballistic missile near the eastern province of South Hamgyon on July 9. According to South Korea's joint chiefs of staff, the test was unsuccessful.

Tensions over North Korea's nuclear and ballistic missile programs escalated after Pyongyang said on January 6 that it had successfully carried out a hydrogen bomb test and put a satellite into orbit on February 7. The moves violated UN Security Council resolutions, prompting the United Nations to impose new sanctions on the North.