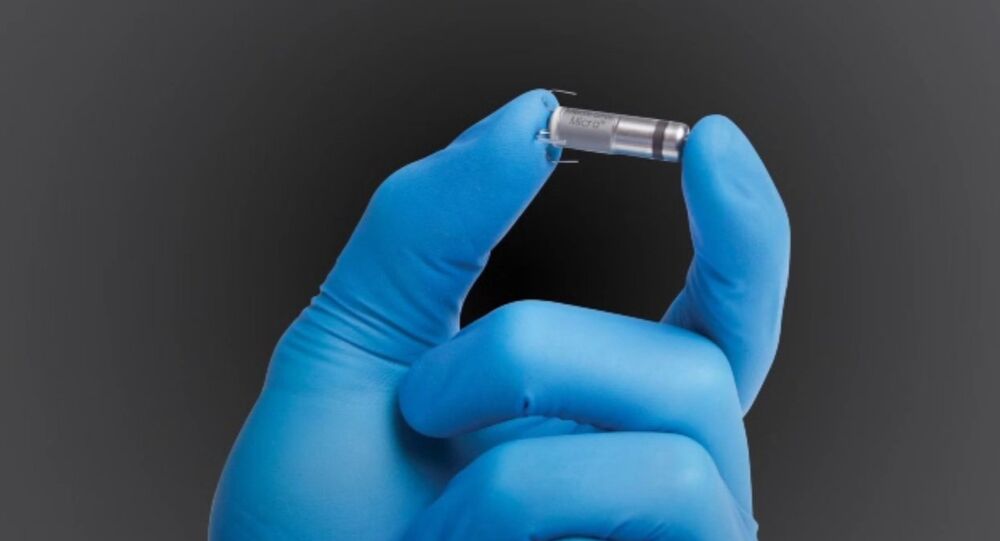 The two-gram capsule-sized medical device was implanted in a 92-year-old patient at a hospital in Gurugram, a city in the Indian state of Haryana.

© REUTERS / Adnan Abidi
Spiritualism Sells: India to Relax Visa Rules to Attract Yoga Enthusiasts
The Micra Transcatheter Pacing System (TPS), the smallest pacemaker in the world, was successfully implanted in a 92-year-old man at Medanta — The Medicity Hospital. The pacemaker, which is comparable in size to a vitamin capsule, was inserted in the patient's body through a catheter in a 30-minute procedure, which was painless and left no visible signs of a medical device under the skin, doctors said. The new pacemaker weighs just 2 grams, a lot less than the conventional 25 grams other mechanisms weigh.

A pacemaker is a medical device which uses electrical impulses, delivered by electrodes contracting the heart muscles, to regulate the beating of the heart. Pacemakers are the most common way to treat bradycardia, a condition in which the heart beats slowly, usually fewer than 60 beats per minute. The heart of a patient suffering from bradycardia is unable to pump enough oxygen-rich blood to the body during normal activity or exercise, causing dizziness, fatigue, shortness of breath or fainting spells.

© Flickr / World Bank Photo Collection
Pedal Empowerment: India Gives 2,000 Bikes to Nepali Girls to Attend School
A new type of heart device that provides patients with the most advanced pacing technology was recently approved by the US Food and Drug Administration. Unlike traditional pacemakers, the device does not require cardiac wires — the leads — that can cause infection or degrade due to repeated flexing and environmental influences.

"The latest innovation in pacemaker technology coupled with the minimally invasive procedure increases the benefit to a patient manifold. The Micra TPS device is compatible with magnetic resonance imaging. It also does not have wires like other traditional pacemakers and this reduces the risks of infections caused due to wires," said Dr. Balbir Singh, a chairman of the Department of Electrophysiology and Pacing and a senior interventional cardiologist at Medanta Hospital.