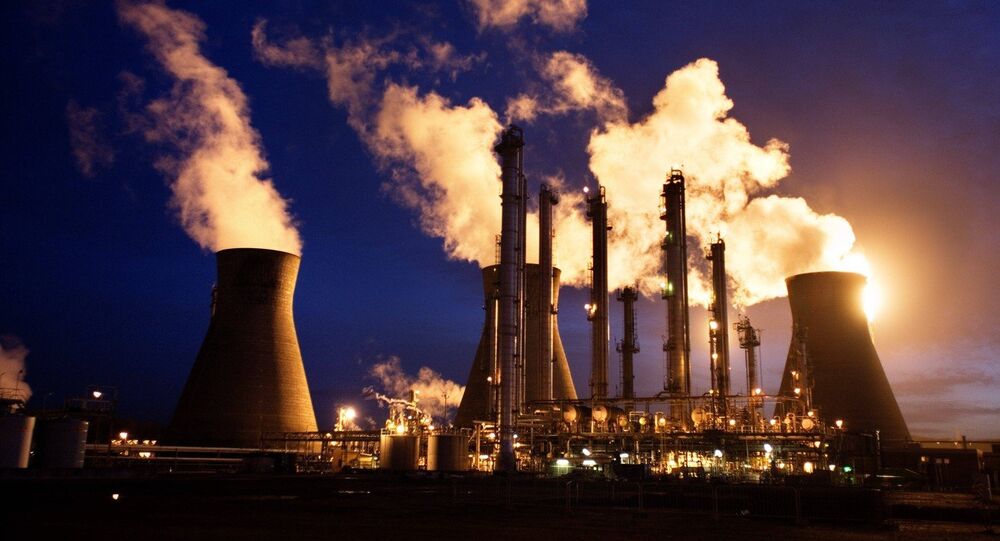 A hearing in the Philippines will decide whether some of the world’s largest oil companies violated the human rights of Filipinos affected by extreme weather, which may have been influenced by their fossil-fuel emissions.

© Sputnik / Ruslan Krivobok
BP Reports Surprise Q1 Profits Despite Cheap Oil
Leading the suit against the oil companies is the Commission on Human Rights of the Philippines, a constitutional body. Companies listed include ExxonMobil, BP and Chevron.

Last month, the commission gathered climate scientists to serve as expert witnesses in the hearings. Several scientists believe that extreme weather events like Storm Desmond, which hit the UK in December, are linked to climate change. Moreover, they emphasize fossil-fuel emissions as key factors in exacerbating climate change.

The Philippines is one of the world’s countries most exposed to natural disasters. Weather-related catastrophes affected 130 billion people in the Philippines between 1995 and 2015. In 2013, Typhoon Haiyan killed more than 6,300 people.

© AP Photo / Gerald Herbert
'Historic Settlement': BP Will Pay $20Bln for Gulf Oil Spill
“The real-life pain and agony of losing loved ones, homes, farms – almost everything – during strong typhoons, droughts, and other weather extremes, as well as the everyday struggle to live, to be safe, and to be able to cope with the adverse, slow onset impacts of climate change, are beyond numbers and words,” read a petition on behalf of typhoon survivors. It was issued by Greenpeace and the Philippine Rural Reconstruction Movement.

The hearing will consider whether companies’ policies and investments appropriately protected the human rights issues specified in the petition.

But, can one company be held accountable for a minuscule contribution to world-wide phenomena that scientists are still struggling to understand?  Can today’s oil companies be blamed for potentially-harmful practices that span back to the industrial revolution? What precedent would such a ruling set?

These and other questions will be answered at the hearing.