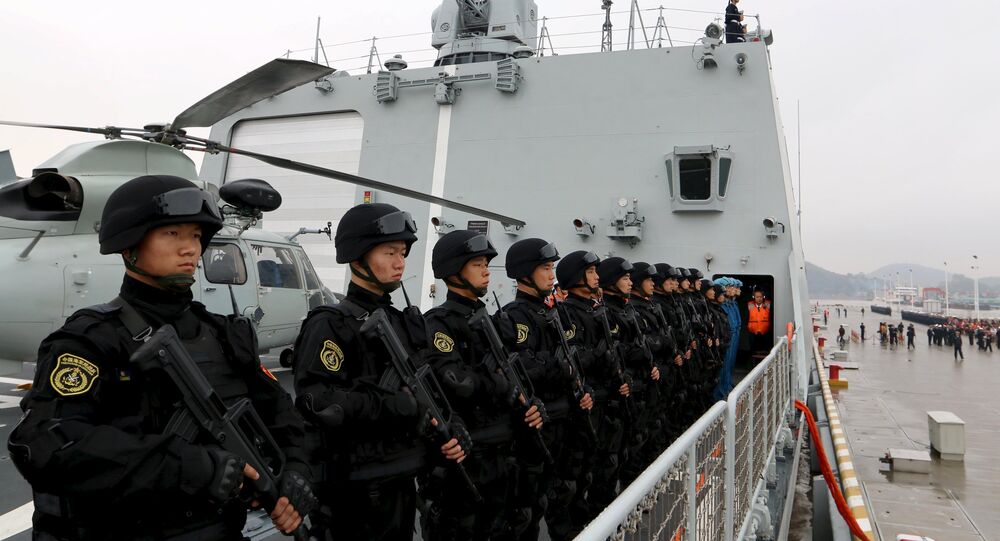 Despite South China Sea territorial disputes exacerbating diplomatic disagreements between Beijing and Washington, the Chinese navy will participate in a series of US-initiated maritime drills this summer that are said to be the world’s largest.

© AP Photo / Bullit Marquez
South China Sea Dispute: How Russia Could Help China Win in The Hague
On Friday, US Vice Admiral Joseph Aucoin announced that China would take part in the biannual Washington-led Rim of the Pacific (RIMPAC) exercises, to be held off the Hawaii coast in June and July.

China has taken part in previous RIMPAC drills, but an ongoing territorial dispute in the South China Sea led to a deterioration of cooperation between the two countries.

"The PLAN (People's Liberation Army Navy) will participate in an exercise, the largest exercise that we do, in a couple of months," Aucoin said to journalists at a news conference in Shanghai. Earlier in March, the US suggested that they may "reassess” the participation of Beijing in the upcoming drills.

The announcement came after Beijing readied for its own drills, to be partly carried out in the disputed areas of the South China Sea which, according to Xinhua, will enhance combat readiness and interoperability between naval, air and other forces.

© Flickr / Official US Navy Page/SPC Mark Alvarez
Eye on China: US, India to Coordinate Anti-Submarine Efforts in Indian Ocean
On April 28, China denied entry to Hong Kong harbor for the US Navy aircraft carrier John Stennis. When the US Cmdr. Bill Urban publicly expressed his bewilderment over the refusal to enter the port, the China state-run paper replied in an op-ed, saying only that "each [entry] must be approved by Beijing.” Moreover, the report read that the Pentagon was responsible for “creating quite an unpleasant atmosphere between the two sides."

The South China Sea transit zone moves some $5 trillion in trade annually. Other regional states such as Japan, Vietnam and the Philippines have overlapping territorial claims in the area.

US ‘Playing’ in China Maritime Standoff, Not Backing Free Navigation