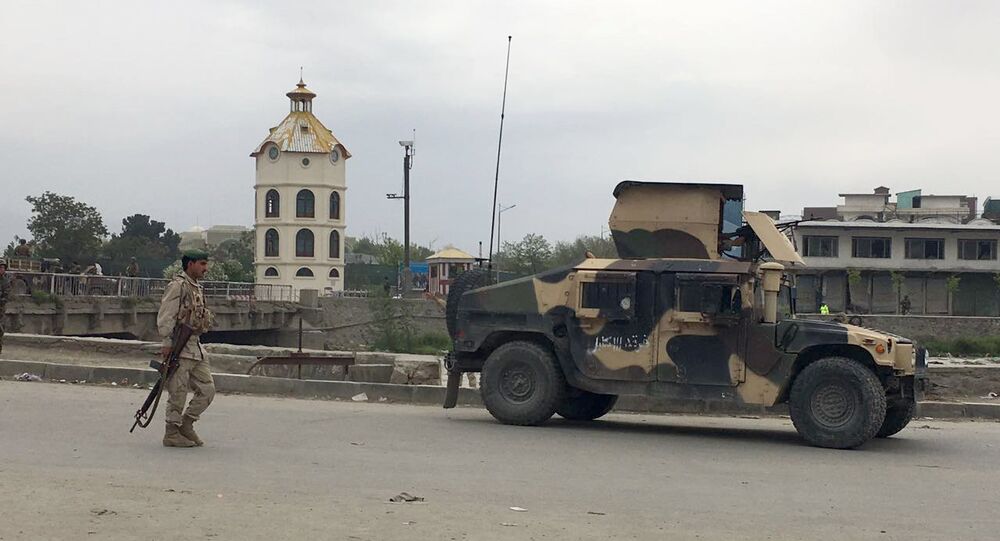 US citizens should take steps to enhance their personal safety, the US embassy in Afghanistan said.

MOSCOW (Sputnik) — The US Embassy in the Afghan capital on Wednesday warned of possible terrorist attacks in Kabul.

"The U.S. Embassy Kabul reminds U.S. citizens in Kabul and other parts of Afghanistan to review your personal security plans, take appropriate steps to enhance your personal safety, remain aware of your surroundings, monitor local news for updates, and maintain a high level of vigilance," the embassy said in a statement.

Earlier, the Kabul District 10 chief of police warned city residents of possible suicide attacks, as well as the threat of kidnappings to guests of international hotels, UN offices and residences, according to the statement.

© AP Photo / Rahmat Gul
Afghanistan to Fight Taliban, Remain Open for Peace Talks - Ex-Envoy
In late April, the chief of the US Afghan reconstruction oversight authority said that the Taliban threat has been on the rise despite the large US investments into training and equipping Afghan security forces.

The security situation in Afghanistan has significantly worsened in the last months, with the violent Islamist group Taliban carrying out offensives on the country’s major cities.

Germany Reaffirms Support for Settlement in Afghanistan After Kabul Bombing

Number of People Injured in Kabul Blast Rises to Almost 200