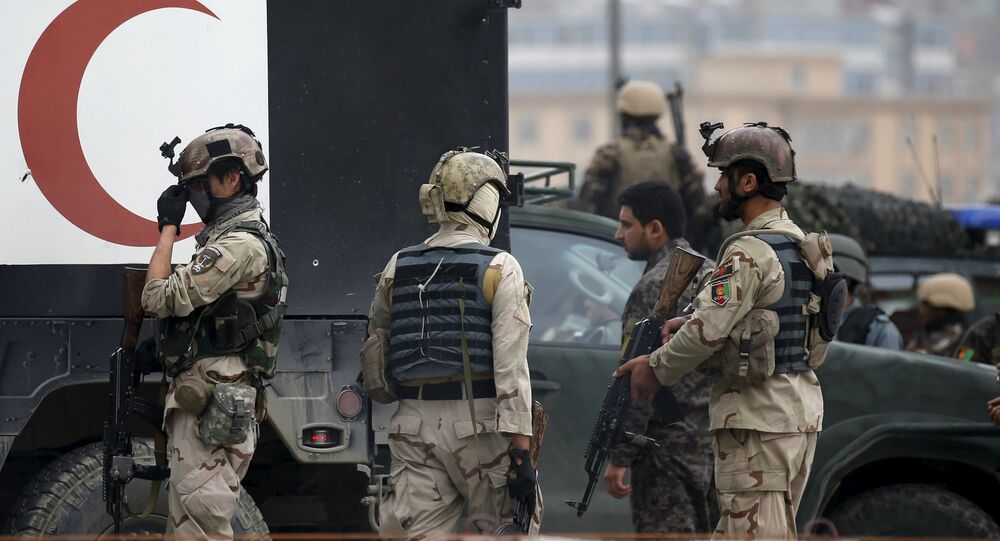 Germany Reaffirms Support for Settlement in Afghanistan After Kabul Bombing

Germany will continue providing support to Afghanistan in its search for a political settlement to the conflict with Taliban insurgents, the German Foreign Office said in a statement Tuesday.

BERLIN (Sputnik) – At least 28 people have been killed and nearly 330 injured in an early Tuesday suicide bombing in Kabul that Taliban has claimed.

"The bloodshed in Afghanistan must end. Therefore we need a political solution. Germany will continue to support Afghanistan in its efforts," the foreign office said.

We are appalled by the #attack in #Kabul. #GER stands firm by the side of the Afghan people & reiterates necessity of a political solution

© AP Photo / Rahmat Gul
Mineral Wealth That Could Rebuild Afghanistan Ends Up With the Taliban
Members of the Taliban and Afghan government leaders were expected to engage in peace talks last March, with the aim of moving toward settling the 15-year conflict. However, on March 5, Taliban leadership announced that it would not attend peace talks until all foreign soldiers had left Afghanistan and Taliban fighters had been released.

At Least Four Missiles Fired at Afghanistan Parliament in Kabul