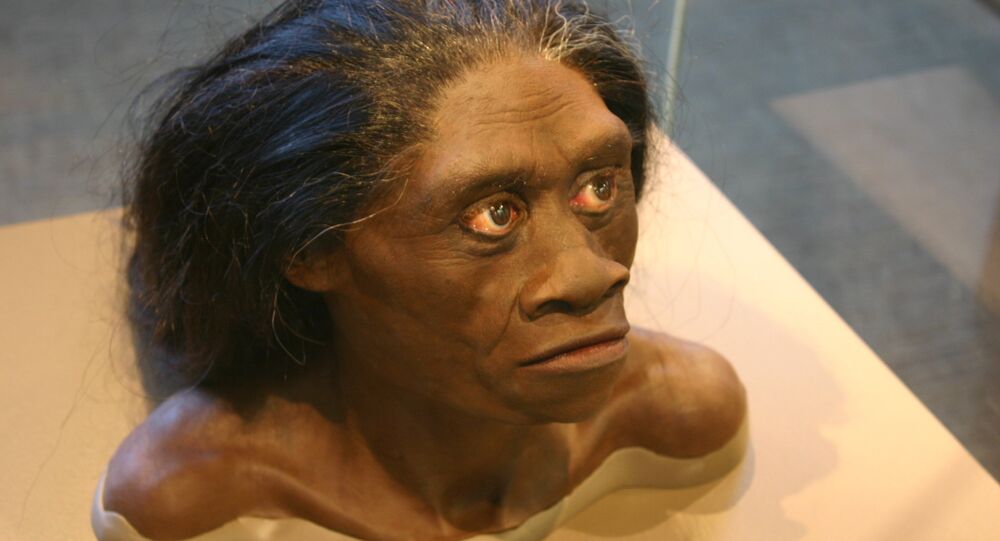 Humans Under Suspicion for Wiping Out Ancient Indonesian Hobbits

Scientists now believe that the "hobbits" which lived on the island of Flores in Indonesia disappeared 50,000 years ago, which coincides with the arrival of humans to the region.

© Wikipedia / Bogdanov
Vegetarian Munching Unicorn May Have Walked the Earth With Humans
An ancient human relative that lived on the island of Flores in Indonesia died soon after modern humans arrived in the region, according to a new analysis of the skeletal remains discovered in the Liang Bua cave on the island in 2003.

Scientists previously believed that Homo floresiensis, who were 1.1 meters tall and weighed around 35 kilograms, lived as recently as 12,000 years ago, outliving Neanderthals and possibly having contact with modern humans.

The new study dated layers of volcanic ash and calcite directly above and below the skeletal remains in the cave, and discovered they are between 100,000 and 60,000 years old. Stone tools found in the cave date from as far back as 190,000 years to around 50,000 years ago.

"Parts of Southeast Asia may have been inhabited by Denisovans or other hominins during this period, and modern humans had reached Australia by 50,000 years ago," the scientists explained in the Nature journal on Wednesday.

"Whether H. floresiensis survived after this time, or encountered modern humans, Denisovans or other hominin species on Flores or elsewhere, remain open questions that future discoveries may help to answer," they concluded.

© Flickr / Martín Vinacur
Jurassic Coop: Scientists Grow Chickens With Legs of a Dinosaur
"There is this pattern where ancient kinds of Homo that have been doing perfectly well for a very long time disappear as soon as Homo sapiens shows up," Ian Tattersall, a paleoanthropologist at the American Museum of Natural History who was not involved with the study, told the National Geographic.

"For one reason or another, Homo sapiens is an insuperable competitor," he said.

Braaains! The Evolution of the Zombie