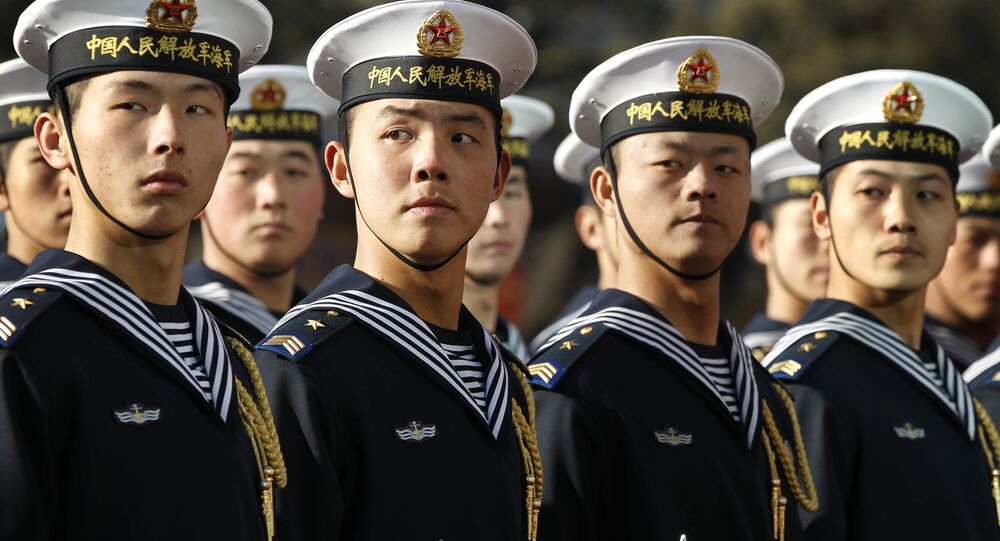 A Chinese academic analysis of the rivalry between Britain and Germany in the run-up to the First World War provides a valuable critique of current diplomacy between Washington and Beijing, the National Interest reported.

© REUTERS / US Navy
US Urges China to Demilitarize South China Sea
An academic at Peking University has used an analysis of the military build-up of Britain and Germany prior to the First World War to make a useful critique of the currently tense relationship between Washington and Beijing in East Asia, Lyle J. Goldstein, Associate Professor at the US China Maritime Studies Institute, wrote on Sunday.

Elites often use historical analogies to structure their perceptions and misperceptions of evolving rivalries, and the centenary of the First World War has elicited many comparisons between 1914 and the present era, Goldstein wrote.

He drew attention to a recent study entitled 'Prejudice, Distrust and Sea Power: Discussing the Reversal and Influence of Pre-WWI Anglo-German Relations,' by Gu Quan of Peking University's School of International Studies.

"A complete understanding of the paper’s argument illustrates the author's appreciation that it is the complex intermingling of mounting 'strategic prejudice' on both sides of the Pacific that makes US –China relations ever more precarious," Goldstein wrote.

He drew attention to Gu's focus on Germany’s prewar naval buildup, which particularly accelerated the two countries' naval arms race after Germany embarked on building its own Dreadnought-class battleship in 1908–9.

Germany had a mistaken belief that France, Russia and Britain would never really succeed in cooperating, and German leaders "deluded themselves with grand naval visions, believing that 'landing a big fish requires a long line' and, further, that 'time was on their side.'"

© REUTERS / ImageSat International N.V. 2016
Beijing Smacks Down US Criticism Over Missiles in South China Sea
However, Gu also apportions a fair share of the blame to Britain, which was culpable for its "strategic prejudice," and despite early efforts to engage with Germany diplomatically, gradually fell under the influence of the "German threat theory."

The theory was propagated in earnest by thinkers like British diplomat Eyre Crowe, who sent a 23-page memorandum to British Foreign Secretary Earl Grey on New Year’s Day, 1907, warning of the threat posed by the expansion of Germany since its unification.

"England must expect that Germany will surely seek to diminish the power of any rivals, to enhance her own by extending her dominion, to hinder the co-operation of other States, and ultimately to break up and supplant the British Empire," Crow warned Grey.

In The National Interest, Goldstein remarks on the attention Gu pays to the analogy, and "the interesting revelation from a citation in Gu’s article that the Crowe Memorandum has been translated into Mandarin by Guangxi Normal University and was published two years ago."

"Whether or not we accept Gu’s interpretations of history and his not-so-subtle critiques of current diplomacy on both sides of the Pacific, we can all at least agree that it is profoundly positive that scholars at China’s most prestigious universities are poring over this history in painstaking detail to gain insights into how and why great powers can unwittingly blunder into catastrophic wars," Goldstein wrote.

"At a minimum, this tendency should inspire new interest in China's proposed 'new-type great power relations' a concept unwisely rejected some time ago by the Washington foreign policy establishment."