Beijing called on Washington not to impinge on Chinese sovereignty under the pretext of freedom of navigation, Chinese Foreign Ministry spokesman Hong Lei said Wednesday. 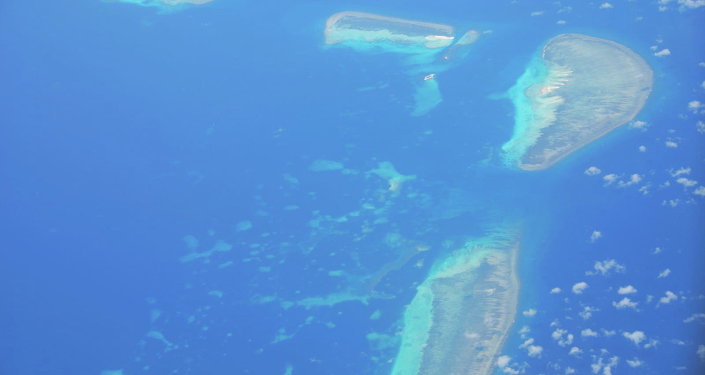 © Flickr / Nicolas Lannuzel
Japan Concerned About Beijing's Alleged Missiles in South China Sea
BEIJING (Sputnik) — On Tuesday, US President Barack Obama said in a press conference following the US-ASEAN Leaders Summit that the United States would continue to fly, sail and operate wherever international law allowed, including in the South China Sea. He added that the participants of the summit agreed to take measures to stabilize situation in the region, including putting a halt to the further reclamation, new construction and militarization of disputed areas.

"The United States is not an involved party in the South China Sea issue. That's why it should act and speak on this issue carefully… We oppose resolutely the flexing of muscles by other states and attempts to impinge on Chinese sovereignty and security under the pretext of freedom of navigation and flights," Hong told reporters.

© AP Photo / Xinhua, Wang Cunfu, File
Pentagon 'Closely' Watches Beijing's Actions in South China Sea
He added that the United States should support international efforts to solve the problem through negotiation and not increase tensions in the region.

China and a number of regional states, including Vietnam, Taiwan and Malaysia, have rival claims to hundreds of islands and reefs in the South China Sea.

Beijing has claimed sovereignty over the Spratly Islands and a 12-nautical-mile zone surrounding them. The United States has recently challenged China’s claims by conducting patrols near the islands, citing freedom of navigation.