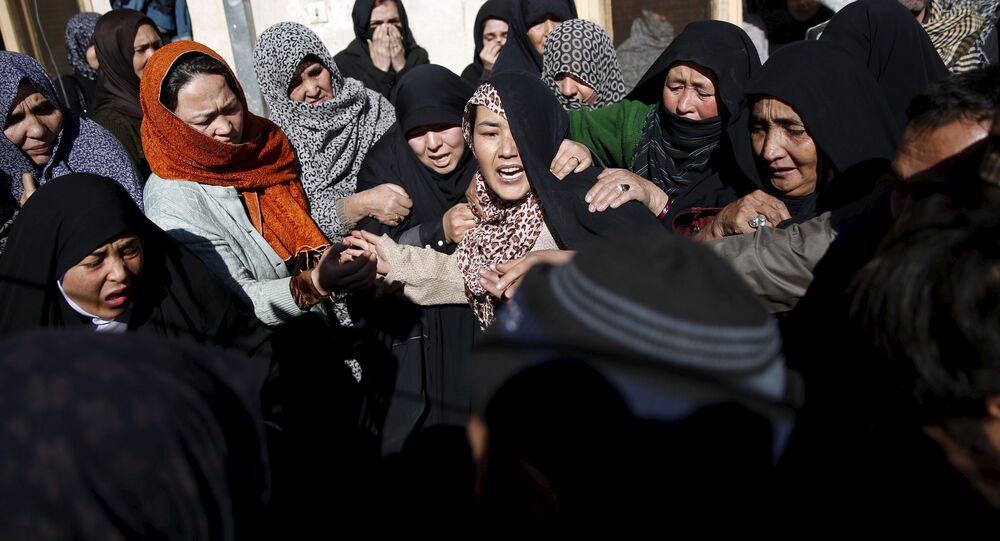 Afghani parliamentarians are becoming increasingly concerned with the United States' role in Afghanistan, as its own military casualties mount, while coordination with the US appears to suffer.

While US military brass accuse Afghanistan's army of inefficiency, voices inside the country's parliament indicate that the US' largely hands-off approach to the mounting Taliban insurgency is causing problems.

Afghani army casualties are said to have grown by 42 percent in 2015 compared to the previous year, with an average loss of 22 soldiers per day. At the same time, U.S. Army Brig. Gen. Wilson Shoffner called Afghan army units now being restructured by the US a "combination of incompetence, corruption and ineffectiveness."

"Since the start of operations to destroy the terrorists in Afghanistan, most of losses brings the Afghan army, and in response to our foreign "friends" do not do anything. The Afghan army, in contrast to the international forces honestly participate in efforts to defeat the Taliban, does not avoid combat," Ali Akbar Ghasemi, a member the Afghani parliament's defense committee told Sputnik Dari.

© Flickr / US Embassy Kabul Afghanistan
Afghanistan Grows Frustrated as Taliban's Power Line Cuts Persist
According to General Nazifa Zaki, a former prosecutor and now parliamentarian, blamed the issue on a lack of coordination in military assaults.

"Americans hardly coordinate their its anti-terrorism operations in Afghanistan with our army. All these initiatives, according to the manual shall be agreed by the American side, only after approval of the armed forces of the [Islamic Republic of Afghanistan], and then, on the basis of reached agreements, approved by the government," Zaki told Sputnik Dari

Zaki alluded to an issue in coordination, which previously led the US military to bomb an MSF (Doctors Without Borders) hospital in Taliban-occupied Kunduz during its liberation by Afghani forces.

"Only in case of a positive answer are attacks against militant positions possible. Otherwise, there is a risk of attacking other people, who have nothing to do with the operation. Destruction of any terrorist organization is our dream, because our people are tired of war," she added.

Recent issues faced by Afghanistan have included cuts in power supplies by apparent Taliban fighters, leaving capital Kabul cut off from nearly half of its electricity for the past week.

Russia supplies arms and helicopters to Afghanistan's army in a deal funded by India.