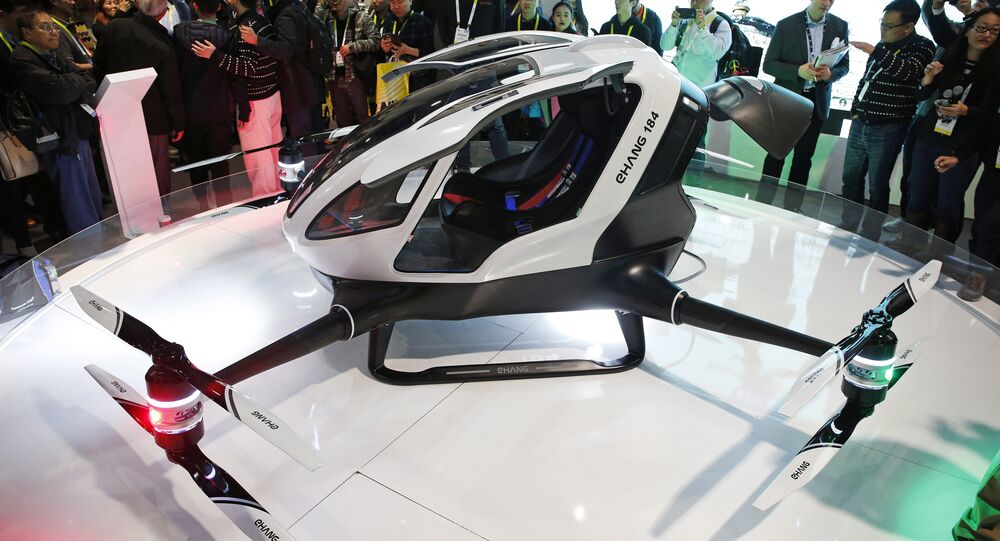 Chinese drone-maker Ehang Inc on Wednesday unveiled a drone capable of carrying a human passenger – the first of its kind in the world, according to the company.

The Guangzhou, China-based company debuted the Ehang 184 at the Las Vegas Convention Center during the CES gadget show.

In a company video showing the 184 flying, the drone resembles a small helicopter, but instead of a single rotor above the cabin, the 184 has four propellers spinning parallel to the ground.

According to Ehang, the electric-powered drone could be fully charged in two hours, carry up to 220 pounds and fly for 23 minutes at sea level.

The cabin fits one person and a small backpack and even has air conditioning and a reading light. With propellers folded up, it is designed to fit in a single parking spot.

To fly the drone, passengers must first set a flight plan, then give only two commands – "take off" and "land" – done with a single click on a tablet, the company said.

Shang Hsiao, Ehang's co-founder and chief financial officer, said his company hoped to sell the device for $200,000-$300,000 this year but acknowledged it occupied a legal grey area.

"The whole world never had something like this before," he was quoted as saying by the Associated Press.

If something goes wrong, the passenger would have no controls as a backup. The company was planning a remote control center that would take over the vehicle in the event of a problem and ensure it landed safely, the AP reported.

Derrick Xiong, the chief marketing officer, said the vehicle had been flown more than 100 times at low altitudes in a forested area in Guangzhou, including several times with a person aboard.