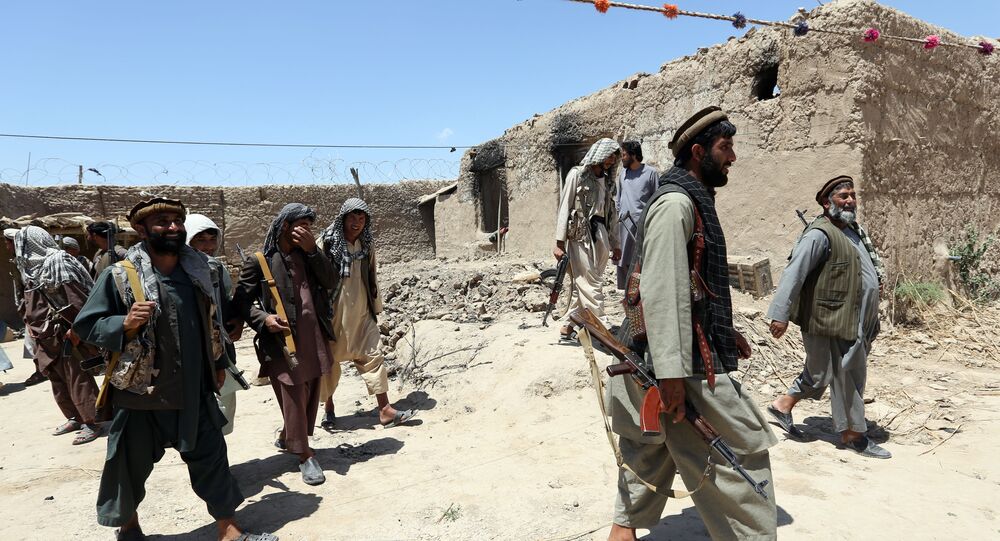 In a drawn-out statement, the head of Afghanistan's Marg militia asked for Russian support against ISIL, which he said would spread from the country to Russia as the country's security deteriorates.

The security situation in Afghanistan will continue to deteriorate without the help of the international community, and Daesh (ISIL) units in the country may aim for Russia next, the head of the country's Death to Daesh and Terrorists (Marg) militia told Sputnik Dari.

Afghanistan's deteriorating security situation led to the formation of several militias to combat both the Taliban and growing Daesh presence in Afghanistan. The Marg, which is one of the more prominent anti-ISIL militias in the country, was created in the beginning of the year in northern Afghanistan following reports that Daesh had a presence in the country.

"The information that we have about the Taliban or Daesh (for me, the two groups are one whole) confirm that if terrorists acomplish their goals, than it is quite possible that soon they will create an 'Islamic emirate' and use the country as a trampoline to accomplish their goals in [former USSR] countries and Russia," Mahdiyar told Sputnik.

Mahdiyar added that the Central Asian states of Uzbekistan and Tajikistan are also at threat of being the next places ISIL terror could spread to after Afghanistan, and from there to Russia.

"We hope that countries which have a real threat of terrorist export from Afghanistan will not leave our country on its own to face our common enemy," Madhiyar added.

© AP Photo / Ahmad Jamshid
Russia to Keep Sending Free Weapons, Ammunition to Afghan Military
Russia currently aids Afghanistan's government with military aid, although the rise of militias may signal a stronger fear of Daesh, as well as decreased trust in the government after the Taliban's recent resurgence. Afghanistan's officials have criticized the emergence of militias, saying that they can lead to instability in the country.

In the 1990s and early 2000s, the Taliban movement used its position as a ruling group in Afghanistan to host members of the al-Qaeda terrorist group, from which Daesh splintered off. The Taliban became the dominant faction in Afghanistan and took over much of the country from warlords who ruled the country after overthrowing the Soviet-backed Democratic Republic of Afghanistan in 1992.

© AFP 2020 / Noorullah Shirzada
NATO Plans to Retain 12,000 Troops in Afghanistan in 2016 - Stoltenberg
The NATO-backed force in Afghanistan has mostly withdrawn, which has been correlated with an increase in the Taliban presence, and a temporary takeover of the northern city of Kunduz by the group. Kunduz is near Afghanistan's border with the former Soviet republic of Tajikistan.

Mahdiyar also praised Russia for its ground operation in Syria.

"Russia made the decision to conduct the aerial anti-terrorist operation in Syria at the right time. It showed other countries how terrorism should be fought," Madhiyar said.

He also made a thinly veiled criticism of Turkey's November shootdown of the Russian plane.

© Flickr / The US Army
Afghanistan Plagued by Violence, Corruption, Security Issues - Report
"We hope that Russia will continue its actions to completely destroy terrorists in Syria. And those countries condemning Russia's actions are themselves terrorist recruiters and accomplices," Madhiyar added.

According to Sputnik Dari and Sputnik Pashto sources, the first Daesh cell in Afghanistan was created in the country's southern Helmand province, headed by ex-Taliban commander Mullah Raouf Hadem. From there, the terrorist group spread across the country.