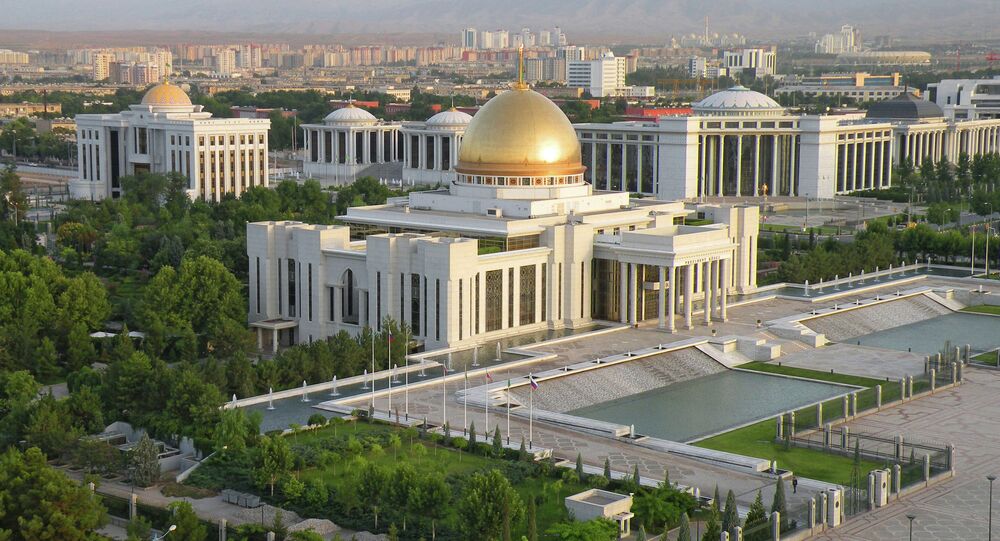 Turkmenistan Braces for Spillover of Violence From Afghanistan

Turkmenistan is reported to be taking serious measures to shore up its border with instability-torn Afghanistan, sending much of its border guard and other combat-ready forces to the border area, Ferghana Information Agency reports, citing local media.

© AFP 2020 / Noorullah Shirzada
Taliban ‘Tet Offensive’ in Kunduz Exposes Failure of US Afghan Strategy
Citing a source in the country's border forces, Turkmen news website ANT reported that up to 70 percent of the country's combat-ready forces and equipment, together with border service tactical battalions from regions across the country, have been concentrated in the southern and southeastern regions of Mary and Lebap, on the country's border with Afghanistan.

According to the source, the forces are being brought in to ward off any attempts by Afghan militants to infiltrate Turkmen territory.

Turkmen observers have emphasized that the Afghan provinces bordering their country, including Faryab, Jowzjan, Badghis and Herat, each have large concentrations of Taliban insurgents, many of them not recognizing the borders between the two countries.

© REUTERS / Stringer
Afghan Army Chases Taliban Out of Kunduz After Days of Clashes
Earlier this month, the Collective Security Treaty Organization, of which Turkmenistan is not a member, expressed its concern over the security situation in Kunduz. General Secretary Nikolai Bordyuzha emphasized that together with the CSTO, Tajikistan, which borders Afghanistan's instability-torn Kunduz province to its southwest, has the military capacity to protect the inviolability of its borders, and, if necessary, to suppress any attempts to destabilize the CSTO zone of responsibility along the Tajik-Afghan border.

On Tuesday, Tajik President Emomalii Rahmon expressed his deep concern over the worsening security situation in Afghanistan. Speaking to Russian President Vladimir Putin in Sochi, the president noted that "military action is ongoing in 60 percent of the adjacent areas along the Tajik border."

Late last month, Taliban insurgents temporarily seized the city of Kunduz, capital of the Kunduz province, with Afghan forces now pushing back, assisted by air support from the United States, clearing the city of insurgents who remain.

On Saturday, a US airstrike on a crowded hospital in Kunduz killed 22 people, including 12 health workers from the Medecins Sans Frontieres charity. The US has opened an inquiry into the incident.

According to Reuters, the militants have now shifted tactics, firing at security forces at local checkpoints before disappearing into residential areas. During their successful raid, the insurgents are believed to have seized several hundred new rifles meant for the security forces, along with 300 vehicles and several million dollars in cash stolen from several local banks.