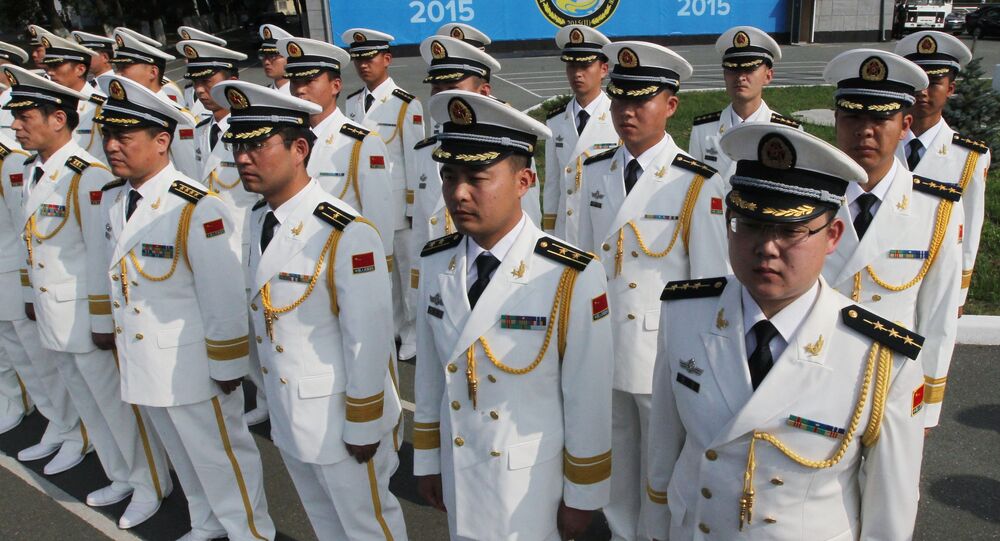 The Chinese military, which is in the midst of a tense territorial dispute with its neighbors in the South China Sea, launched a "piece of public opinion warfare."

"Regardless of what corner of the Earth, so long as it is blue there we will be on guard," the People's Liberation Army Navy (PLAN) declares in a recently released recruiting video.

Dean Cheng, the Heritage Foundation's Chinese military expert, said of the video: "It's beautifully done; really tugs at the heartstrings. It's also a piece of public opinion warfare."

The video was produced by the PLA's General Political Department, which is responsible for political loyalty, psychological warfare and all related human factors, Breaking Defense reported.

The video includes recent footage of the Senkaku Islands (called the Diaoyu by China) and old combat footage with subtitles, including one that declares: "No matter how much territory we have, we will not allow even one small part of our borders to be cut away."

China claims most of the South China Sea, where Beijing has launched a campaign to reclaim land in the disputed Spratly Islands. The Philippines, Vietnam, Malaysia, Taiwan and Brunei also have overlapping claims.

Cheng told Defense News that he believes the video is part of China's attempt to build a professional army. He said there is a "call to service" in the ad, which includes the declaration: "Here you can develop your talents."

It also declares: "A strong motherland must have a strong navy."