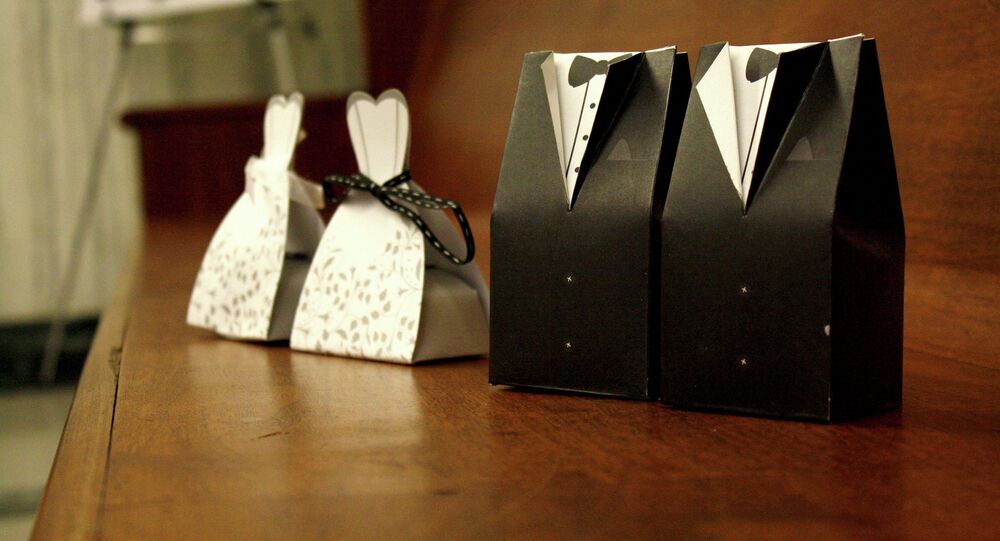 MOSCOW (Sputnik) — Coalition parties' members decided against giving a conscience vote on same-sex marriage prior to the next elections in Australia, the Australian Broadcasting Corporation (ABC) reported Wednesday.

"Two-thirds of Liberal and National MPs [members of parliament] decided against changing the Coalition's policy that marriage is between a man and a woman," the ABC said.

Australian Prime Minister Tony Abbott called a Coalition party room meeting on Tuesday night to discuss the same-sex marriage issue, after Liberal National member Warren Entsch stated his intention to be one of the co-sponsors of a private member's bill on marriage equality earlier on Tuesday, during the Liberal Party room meeting.

© AFP 2020 / Josh Edelson
US Population Split on Same-Sex Marriage After Court Ruling - Poll
In a marathon five and a half hour meeting followed by the vote, Abbott urged not to give current Parliament members a free vote on same-sex marriage, and even warned his ministerial colleagues they would have to resign from the front bench if they decide in favor of the conscience vote.

Abbott also flagged the possibility of a plebiscite or constitutional referendum.

"There is the prospect of change in the next term of parliament if that is the will of the Australian people," Abbott told ABC Radio.

According to government data, there were about 34,000 same-sex couples in Australia.