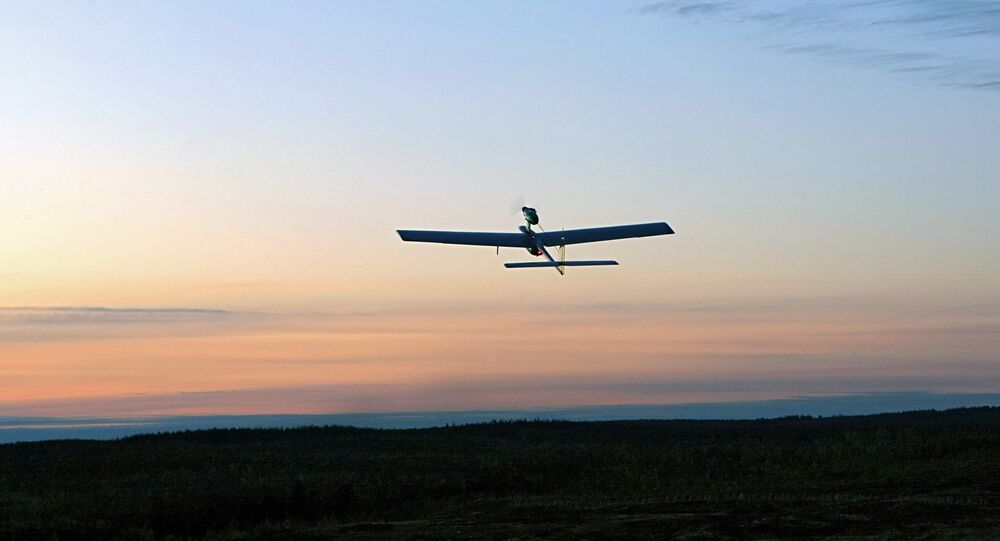 © Sputnik / Mihail Mokrushin
Russia Develops 'Microwave Gun' Able to Deactivate Drones, Warheads
In their report, titled “Rocking Drones With Intentional Sound Noise on Gyroscopic Sensors”, researchers at the Korea Advanced Institute of Science and Technology (KAIST) describe how they have managed to synthesize the sounds of certain resonant frequencies, which caused the drone’s gyroscope to malfunction.

As a result the affected UAV lost its way and the operator on the ground can no longer control its performance.

Some drone gyroscopes have resonant frequencies in both the audible and ultrasonic frequency ranges, making them vulnerable to interference from intentional sound interference.

The researchers strapped a small, consumer-grade Bluetooth speaker with an audio amplifier to serve as an attacking sound source, putting it 10 cm above the top of the target gyroscope, and controlled its sound output wirelessly with a nearby laptop.

Then, they mounted on-again, off-again sound attacks that lasted 10 seconds.

They managed to disrupt the flight of one of the two gyroscopes that had resonant frequencies in the audible range in every test.

The actual placement of the sound source proved to be the biggest problem though.

The scientists could disable a drone only after they had fixed a loudspeaker right to its frame and very close to the gyroscope.