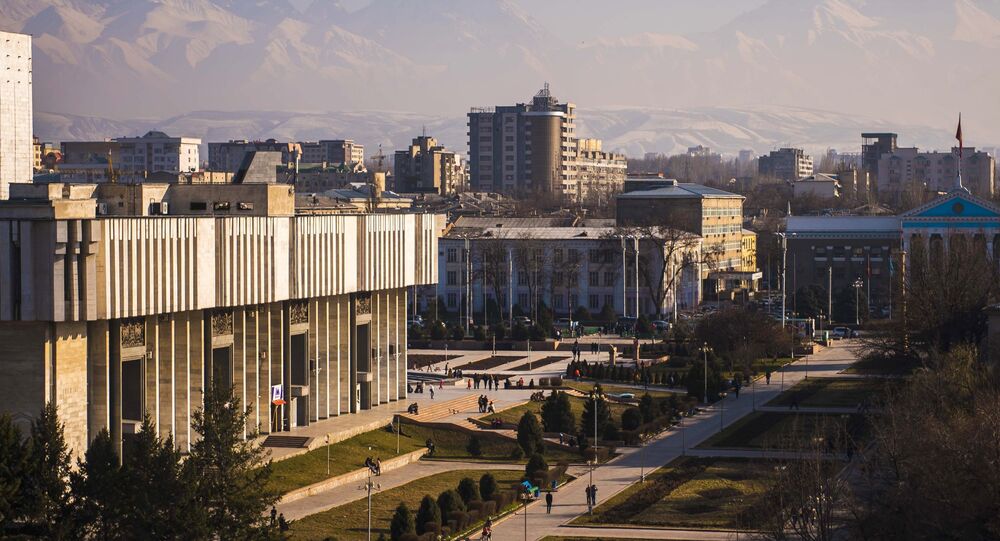 Kyrgyzstan Terminates Cooperation Agreement With US

Kyrgyz Prime Minister Temir Sariyev terminated the agreement with the United States on Cooperation to Facilitate the Provision of Assistance signed in 1993, Sariyev’s press service said.

The agreement signed on May 19, 1993 in Washington allowed US aid to be brought into and out of Kyrgyzstan without taxes and customs duties. In addition, all US personnel located in Kyrgyz territory that worked for US aid programs were granted near-diplomatic status.

The agreement was terminated following the US State Department's decision to grant a human rights award to Azimjon Askarov, an ethnic Uzbek who has been serving a life sentence since 2011 after being convicted for organizing ethnic clashes between Kyrgyz and Uzbeks in 2010.

YouTube / Inform Agency 24.kg
Scandal in Kyrgyzstan After Protest Organizer Seen With US Diplomat
The United States expressed its disappointment after the Kyrgyz government's decision to terminate the bilateral agreement. The US State Department said the decision could "jeopardize aid programs that benefit the Kyrgyz population, including programs to combat ethnic violence, increase economic growth, create jobs, and improve the education system and democratic development."

In 2010, a series of deadly ethnic clashes between Kyrgyz and Uzbeks resulted in the death of over 400 people in Kyrgyzstan's southern region of Osh and Jalal-Abad. Tens of thousands more were displaced by the unrest. The Kyrgyz authorities said the inter-ethnic clashes were instigated by people loyal to ex-President Kurmanbek Bakiyev, a pro-US leader who came to power following the 2005 "Tulip Revolution."

Russian Troops to Work on Counterterrorism Measures During Kyrgyzstan Drill