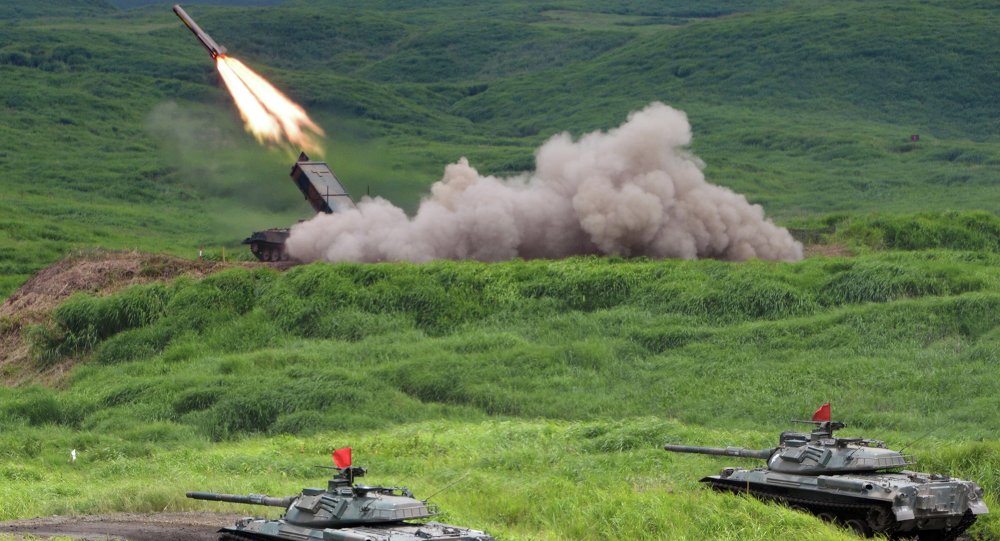 Japan's annual defense report has specifically highlighted China and the alleged threat it poses. As Prime Minister Shinzo Abe continues his attempts to approve controversial military legislation, he is also increasingly pushing for the country to take on a greater military role.

The 'white paper' which was approved by Japan's cabinet, concluded that Japan's security risk had worsened overall, with China being the country's leading security concern, along with threats associated with North Korea and terrorist organizations such as ISIL.

In relation to China, the report highlighted Beijing's maritime activities, including oil and gas development work being undertaken in the South China Sea, as being of major concern.

"China, particularly over conflicting maritime issues, continues to act in an assertive manner, including coercive attempts to change the status quo, and is poised to fulfill its unilateral demands high-handedly without compromise," the report stated.

"Japan is strongly concerned about China's actions, which we need to keep watching closely."

The white paper suggests the country needs to take a stronger military stand amid rising regional tensions, and also comes on the back of a push from PM Abe to increase Japan's self-defense powers.

Up to 100,000 people gathered near parliament to protest against the passing of the hugely unpopular bills, which could allow Japan's military — known as the self-defense force — to fight in foreign conflicts, even when it is not under attack, as well as expanding international peacekeeping efforts.

Among those protesting were some 10,000 Japanese scientists. Toshihide Masukava, a physicist and Nobel Prize winner, attending a press conference in Tokyo on 20 July, told Sputnik:

"Maybe the Prime Minister believes that there is an emergency, which allows a free hand for the war. It's outrageous! This unconstitutional act is contrary to democracy and the will of the people…"

The bills will now be taken to Japan's upper house, with speculation over whether they will be enacted, or sent back to the lower house for another vote.

There is widespread public opposition to any attempts to increase militarization in Japan, with critics arguing the bills passed in parliament violate article 9 of Japan's pacifist post World War Two constitution, while others fears it could entangle the country in certain US-led conflicts.

Japanese blogger and journalist Shuntaro Torigoe told Sputnik what was behind the people's outrage, and why they so vehemently opposed the bill:

"Abe argues that these bills are essential to protect the lives of Japanese citizens and prevent war. In fact the opposite is true. It is Japan who may get involved in conflicts around the world in the interests of the United States. And it is in violation of Article 9 of the Constitution, according to which Japan cannot participate in armed conflicts, unless she is attacked."

"Surveys show that 80% of citizens appear not to understand this law […] What they do not understand — is why the politicians do not heed the people, why our opinion is totally ignored? Why our young people may be sent to fight without their consent for the interests of others. And they call that democracy?"

Despite being identified by Japan as a major security threat, China has also raised its own concerns over Tokyo's recent rhetoric, particularly following the lower house's decision to approve prime minister Abe's increased militarization bills.

"The adoption by the lower house of Japan's parliament on a new bill on expansion of the Self-Defense Forces is an unprecedented event since the end of the war, which could possibly lead to serious policy changes in Japan's military security," Foreign Ministry Spokesperson Hua Chunying said following last week's decision.

Concern over Japan's actions have also been compounded by the country's close relationship with the US, amid fears Japan may play a strategic role in securing American interests in Asia, particularly given the release of Washington's latest military report, which stated that China's actions were "adding tension to the Asia-Pacific region."

Fears of an expansion of NATO influence in Asia were heightened by recent reports that Japan is considering requests to collaborate with the military alliance in a multinational missile consortium, that would participate in the production and development of ship-borne missiles.