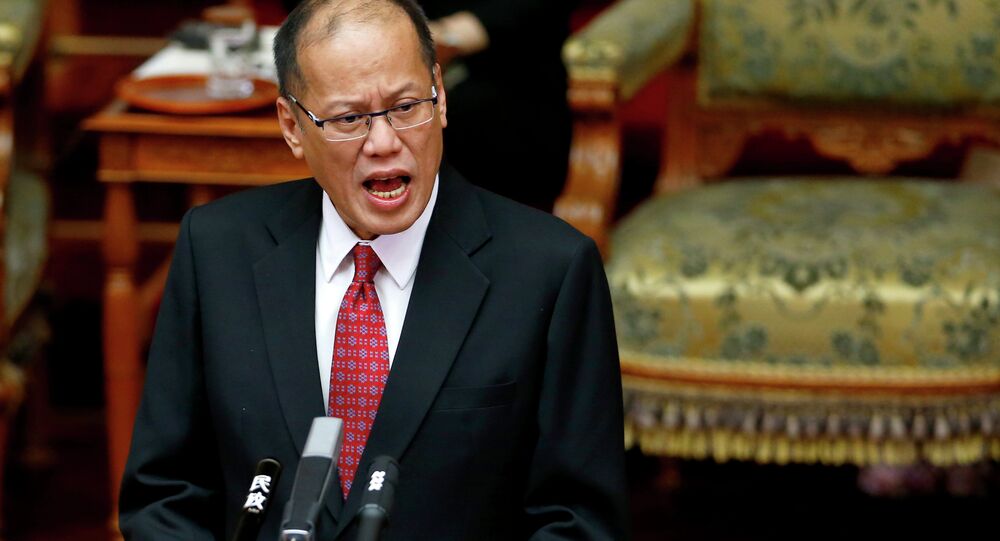 Amid the ever-heightening tensions in the South China Sea, the hostility has reached a new level: comparisons to Nazi Germany. The Philippine president has likened China’s land reclamation project to the spread of the Third Reich.

"I’m an amateur student of history," Philippine President Benigno Aquino said in a speech on Wednesday as a part of his four-day tour of Japan. Which is usually not the best way to preface a modern day comparison with WWII.

But nevertheless, Aquino carried on.

"I’m an amateur student of history and I’m reminded of…how Germany was testing the waters and what the response was by various other European powers," he said. "They tested the waters and they were ready to back down if, for instance, in that aspect, France said [to back down]."

"If somebody said stop to Hitler at that point in time, or to Germany at that time, would we have avoided World War II?"

The speech was clearly aimed at the Philippine rival for control of the strategic Spratly islands in the South China Sea. Last year, he Aquino made similar comments about the Chinese government’s land reclamation projects.

"At what point do you say, ‘Enough is enough’? Well, the world has to say it – remember that the Sudetenland was given in an attempt to appease Hitler to prevent World War II," he said in an interview with the New York Times.

In response to that interview, Chinese state media called the president an "amateurish politician who was ignorant both of history and reality," and Beijing’s response this time around was no different. Foreign ministry spokeswoman Hua Chunying said she was "deeply shocked and dissatisfied with the groundless remarks."

Hua also pointed out that "the Philippines keeps colluding with countries outside the region to stir up trouble and sling mud at China."

The comparisons to Hitler’s Germany are especially vexing given the fact that Beijing is one of the last regional countries to place installations in the Spratly archipelago. Other claimants to the area, including Vietnam, Malaysia, and yes, the Philippines, have had outposts and airstrips installed on the islands for decades. It’s only recently that Beijing has begun its own construction in the region.

Following Aquino’s logic, the Philippines has apparently been planning a blitzkrieg since before the 1980s.

There's also a particular irony in Aquino choosing to make these accusations in the capital of a former Axis power. No matter how the Philippine president may feel about China, Japan has yet to provide a formal apology for its own role in World War II.

A highly contested region through which nearly $5 trillion in trade passes each year, Beijing claims most of the South China Sea, but Malaysia, Brunei, Indonesia, Taiwan, the Philippines, and Vietnam also have overlapping claims.

While China insists that it has every right to build within its own territory, and stresses that the island installations are for peaceful purposes, the Spratly developments have caused panic among the United States and its allies. The Pentagon has begun performing patrol drills in the region, actions that China has called unnecessarily provocative.

Aquino’s tour of Japan comes as Washington pressures its Pacific allies to take a stronger role in countering the growing Chinese influence.