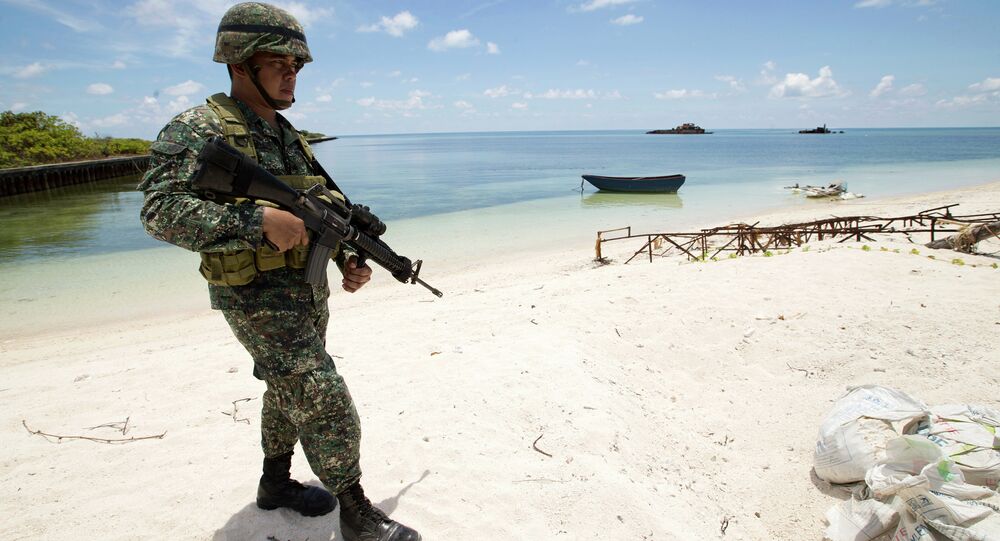 As pressure increased in the Asia-Pacific Region following Washington’s decision to send US military ships and planes to patrol the South China Sea, thus stirring up an already tense situation, Taiwan proposed a peace initiative on Tuesday to try to resolve territorial disputed in the region, the Japan Times reported.

The proposal, named the South China Sea Peace Initiative, was announced by Taiwanese President Ma Ying-jeou, who called on all parties to temporarily put off their disagreements over the territorial claims in the sea and try to find common ground.

"We demand that freedom of navigation and overflight be respected in the South China Sea," Ma said, stressing the importance of a peaceful resolution "before a major conflict breaks out," as cited by the Japan Times.

© AP Photo / Zha Chunming
American Ships in South China Sea May Lead to War Between US, China
The peace initiative is similar to a 2012 proposal for the East China Sea, according to which both Japan and Taiwan agreed to jointly fish in the contested waters. However, it remains to be seen whether all parties will agree with the new proposal.

Last week, it was reported that the United States was trying to incite several nations in the region to gang up on China over the territorial disputes in the South China Sea.

China, Vietnam, Malaysia, Taiwan, Brunei and the Philippines all have overlapping claims in the South China Sea, making the region Asia's potentially most dangerous point of conflict. China, the biggest and most influential player in the region, aims to convert about 80 percent of the South China Sea into its territorial waters. However, other countries in the Asia-Pacific not only challenge the Chinese claims, but also want to assert their own territorial ambitions.

Do you think the US actions in the South China Sea are provocative?
Voted: 3066
All polls
Last week, the United States said it planned to start military patrols using its ships and planes in the South China Sea. The US involvement in this complex and multi-sided territorial dispute has a real potential to make the already tense and dangerous situation in the area even uglier, US international affairs magazine the National Interest reported.

China already expressed its concern about the US' actions. Hua Chunying, a Foreign Ministry spokesperson, said the United States should avoid "risky and provocative approaches to maintain the regional peace and stability," as cited by AP.

Taiwanese president said the peace initiative is not designed to serve either Chinese or American interests, but instead is built to find middle ground for all the parties involved.

Kerry to Travel to China, South Korea May 16-18 - State Department