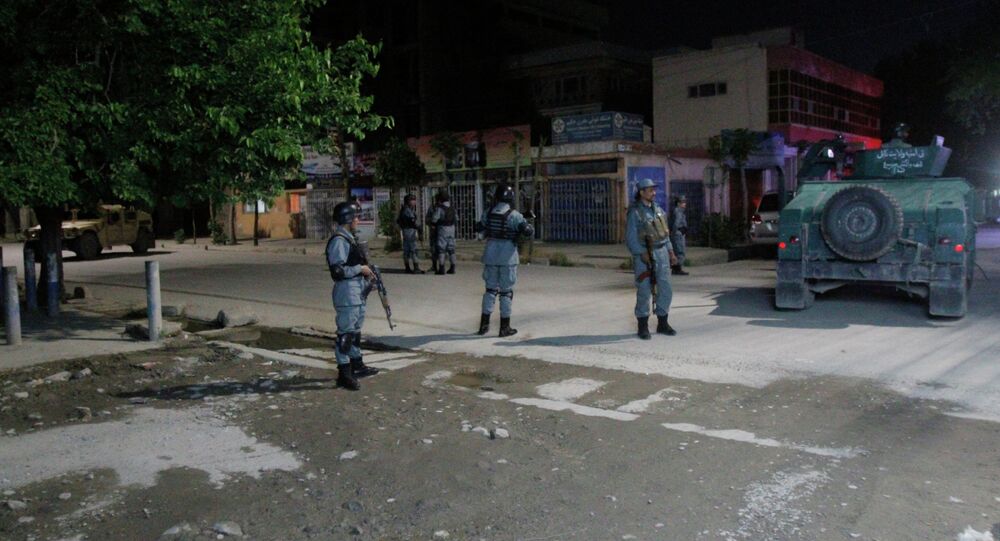 According to reports, Taliban militant group Claims Responsibility for attack on a hotel in the Afghan capital Kabul.

© REUTERS / Mohammad Ismail
US Citizen Among Five People Killed at Guest House Attack in Kabul
MOSCOW (Sputnik) – The Taliban militant group has said it was behind Wednesday’s attack on a hotel in the Afghan capital Kabul, Khaama Press reported Thursday.

On Wednesday night, gunmen stormed the guesthouse that was holding a party with many foreigners in attendance. Afghan police and security forces rescued 54 people from the hotel, following a five-hour long siege.

The exact number of victims is still unclear and could be anything from five to 14 people, according to various sources. Reportedly, several hotel guests were also wounded.

This is not the first time Taliban militants, who have declared war on the government of Afghanistan, have attacked hotels. For instance, in November 2014, Taliban gunmen attacked two guesthouses within the space of a week, killing at least two civilians and injuring eight. In both incidents, all the assailants were killed by police.