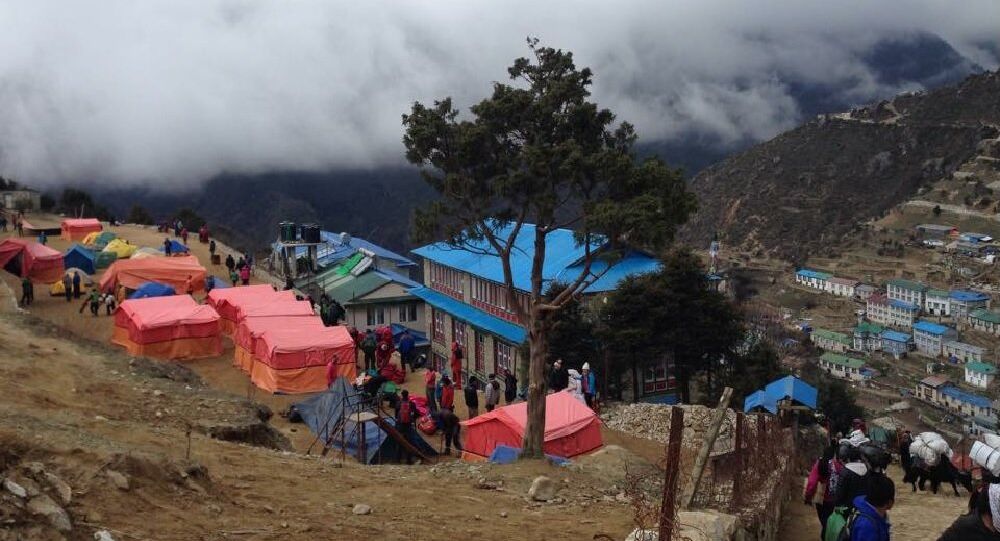 Canadian authorities have decided to dispatch members of the specialized Disaster Assistance Response Team to Nepal, in addition to allocating financial aid.

© REUTERS / Navesh Chitrakar
Nepal Earthquake Death Toll Reaches 3,700, Over 6,500 Injured
MOSCOW (Sputnik) – Canadian authorities have decided to dispatch members of the specialized Disaster Assistance Response Team (DART) to Nepal, in addition to allocating financial aid to the country which has suffered as a result of a powerful 7.8-magnitude earthquake, CBC News reports.

Canada's Defense Minister Jason Kenney told CBC on Sunday evening that DART expert teams were already en route to India, where they will wait until called to Nepal.

The full DART unit sent to Nepal consists of a medical platoon, a mobile clinic, engineers and equipment to clear debris, a communications team and a mobile water purification system to provide cleaning drinking water, according to CBC.

On Saturday morning, Nepal was shaken by a devastating earthquake that killed over 3,000 people, injuring over 6,500, according to the latest information from the Nepalese authorities.

Among the victims of the disaster are tourists from the United States, Japan, the United Kingdom, Canada, India, Israel and Poland.

Canadian authorities announced on Saturday that they were allocating $5 million to Nepal to help it deal with the aftermath of the earthquake.