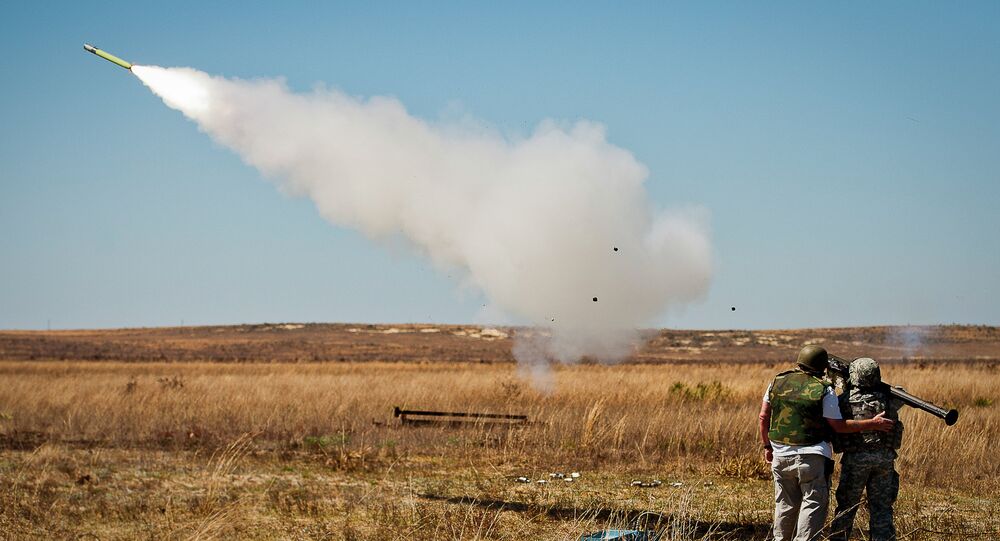 The Stinger is a ground-to-air and air-to-air super-sonic missile with guidance and control systems that can be used against aircraft, drones, cruise missiles and helicopters.

WASHINGTON (Sputnik) — South Korea will procure $35 million in Stinger missiles and air-to-air launchers for the recently purchases Apache helicopters, US defense contractor Raytheon announced in a statement on Tuesday.

Earlier in March 2015, North Korea launched two short-range missiles toward the Sea of Japan amid the annual US-South Korea military exercises. North Korea stated that it viewed the drills as a probable threat, although the United States claimed the drills were of a defensive nature.

The United States has about 28,500 soldiers stationed in South Korea, and has been militarily present in the country for nearly 60 years. The border separating South Korea and North Korea is one of the most heavily militarized zones in the world.