On December 16, militants from the Tehreek-e-Taliban Pakistan (TTP) carried out an attack on a school in Peshawar, killing more than 140 people, mostly children.

MOSCOW, January 12 (Sputnik) – Schools across Pakistan, including the Army Public School in Peshawar, where 141 people, mainly children, were killed in one of the deadliest terrorist attacks Pakistan has seen, will reopen this week, the Associated Press reports. 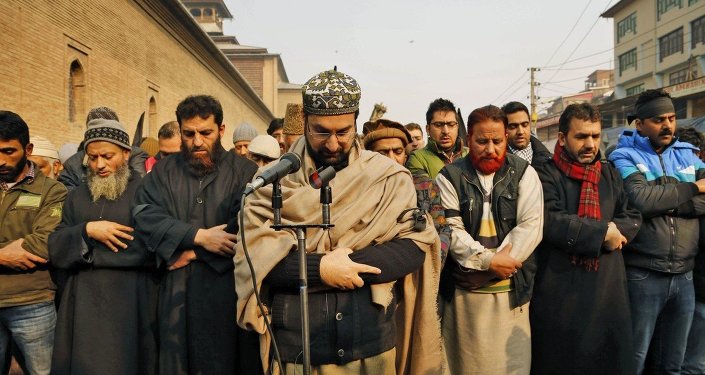 © East News / AP Photo/Mukhtar Khan
Pakistan Kills Terrorist Responsible for Organizing Peshawar School Massacre
The schools were on an extended break following the attack, carried out by militants from the Tehreek-e-Taliban Pakistan (TTP) on December 16. The gunmen claimed that they assaulted the school in retaliation for an operation carried out by the Pakistani army in North Waziristan and the Khyber area. The attack shocked the nation plagued by deadly violence.

Among those present at the school reopening were survivors of the attack and relatives of the victims. "I have lost 30 of my friends. How will I sit in the empty class, how will I look towards their empty benches?" asked Shahrukh Khan, a 16-year-old, who was shot in both legs while pretending to play dead in his school’s auditorium, as quoted by AFP. "My heart has been broken. All the class fellows I had, have died. Now my heart does not want to attend school," he added.

© AP Photo / Anjum Naveed
Pakistan Execution About-Face Is Wrong Response to Peshawar Attack: HRW
"I have come here because the other kids are also my kids," said Andleeb Aftab, a teacher at the Army Public School who lost her 10th grade son, Huzaifa, in the attack, as quoted by the AP. Andleeb Aftab said she decided to return to the school instead of mourning at home to "complete the dreams of my son, the dreams I had about my son, by teaching other students."

Pakistani authorities stepped up security at schools following the attack. General Raheel Sharif, the head of Pakistan's army, greeted students at the Army Public School, according to Reuters. "The army chief didn't make a speech but individually met the parents and assured them they would eliminate the terrorists from the country," an unnamed security official told the news agency.

A ceremony to commemorate those, who died in the attacks, is expected to be held before classes resume later this week.