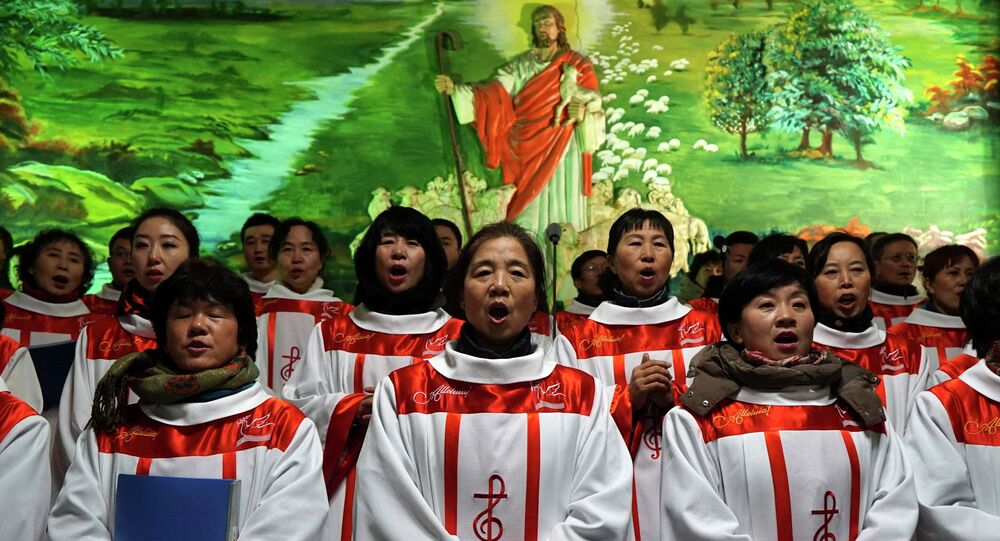 Chinese education institutions should be more focused on the national culture and holidays instead of Western festivals, the Wenzhou authorities claim. Although Christians account for a significant share of the city's population, the Christmas parties at school have been prohibited.

Education authorities in the city of Wenzhou issued a notice banning Christmas events in high, middle, primary schools and kindergartens. The official interdiction, issued for the first time, is aimed at making education institutions focus on Chinese traditional holidays instead of western festivals.

"We are not suppressing Western festivals, but we hope schools can be more balanced on this. Students can learn about Western festivals but they should not be over-enthusiastic about it," the local education bureau official said, as quoted by Global Times. He added that the winter solstice, celebrated on Monday, was more important.

© Flickr / Charles Mok
China Has to Free Nobel Peace Prize Winner: US Secretary of State
Christmas has been growing in popularity during the recent years in China. Chinese people have regularly distributed Christmas gifts and held Christmas festivals. This is especially true in Wenzhou where the Christian population is about one million people, according to Global Times.

The ban of Christmas celebrations followed disagreements between Zhejiang Province Christians and local authorities due to the latter's attempts to destroy churches not fitting construction norms. One of the churches in Wenzhou was almost demolished in April, but was saved after negotiations with local authorities, according to Global Times.

China Has to Free Nobel Peace Prize Winner: US Secretary of State