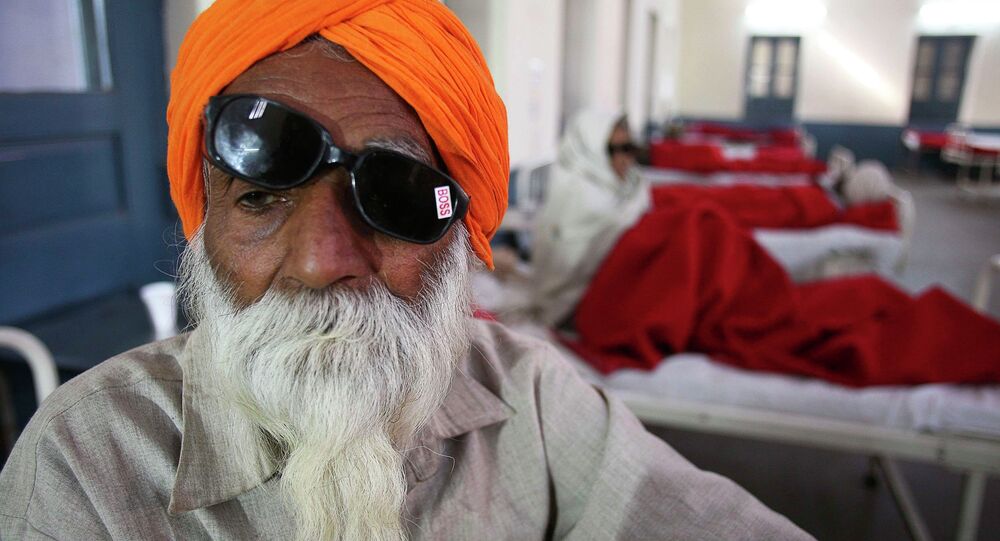 At least 60 people lost their eyesight in a mass eye surgery program at one of Punjab’s mobile eye camps, The Times of India reported on Friday.

"It was found that there were a total of 60 patients and 16 of them were from Amritsar," Rajiv Bhalla, a surgeon from the nearby Amritsar district, explained, adding that all 60 were operated on in Ghuman. According to Bhalla, the surgeries were performed in «severe unhygienic conditions," and the mandatory permission required to conduct the eye camp was not obtained by the organization that ran it.

This incident follows events in Chattitisgarh, where 13 out of 83 women died after undergoing sterilization surgery at a government family-planning camp. A day after their surgery, 60 of the patients were admitted to hospital with severe abdominal pain and vomiting. A further 34 were reported to be in a critical condition.

According to the Institute of Public Health India, health camps are a common strategy employed by both non-governmental and governmental organizations. A team of medical personnel "camp" in an area and carry out limited medical procedures, such as sterilizations or blood donations. Often little attention is paid to the quality of the services provided.