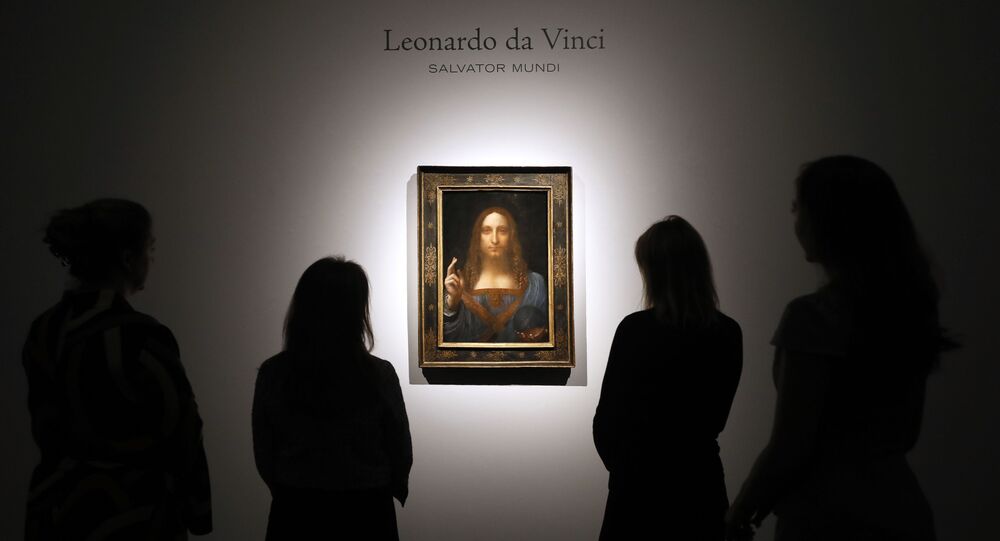 Controversy over the authorship of this masterpiece of Renaissance art has continued for decades. The painting has undergone so many changes that initially there was no question of Leonardo's authorship, and experts figured that it was written by one of da Vinci's followers. But, after a series of analyses and restorations, views began to change.

The expensive painting of Christ has not been seen in public since it was allegedly purchased for a massive sum by the Saudi royal family at a Christie's auction in 2017.

As was reported, according to a documentary set to air this week on French television, the Saudis removed the painting from a 2019 exhibition at the Louvre in Paris after experts determined that the master had just "contributed" to it. Other art experts, however, have reportedly refuted the assertions, believing that the painting, which portrays Jesus in Renaissance garb holding an orb in his left hand, is "indeed the work of Leonardo."

According to the report, the findings of the latest study, which allegedly proved the painting's authenticity, were kept secret due to a disagreement about how the painting would be shown, with the Saudis reportedly insisting on hanging it next to the Mona Lisa.

The documentary allegedly reveals the details of the dispute between Riyadh and Paris about the authorship of the painting and why the painting did not appear at the exhibition of the master's works in the Louvre Abu Dhabi in 2018. Senior French officials reportedly claimed that Bin Salman requested that the artwork be shown alongside the Mona Lisa in the Louvre and that it be presented as 100% da Vinci's work.

However, they claim that their research reveals that, although the painting was created in one of da Vinci's studios, the master only "contributed" to it.

"Things turned incomprehensible," one French official from the documentary called The Savior for Sale is quoted in the report as saying. "The request by 'MBS' (bin Salman) was very clear: show the Salvator Mundi next to the Mona Lisa, and present it as 100 percent a da Vinci."

© AP Photo / Kirsty Wigglesworth
Finger of Suspicion Pointed at ‘Salvator Mundi’ as Controversy Surrounds Da Vinci-Attributed Artwork
The abovementioned official reportedly advised the Elysee that this would amount to "laundering a $450 million artwork." Some representatives of the French government, including Foreign Minister Jean-Yves Le Drian, are said to have lobbied on behalf of bin Salman's appeal, according to the report. They were worried about the consequences that refusing Riyadh's request might have on France's extensive strategic and economic relations with Saudi Arabia.

The director of the Fitzwilliam Museum in Cambridge, England, Luke Syson, who oversaw as a curator a 2011 da Vinci exhibition in London that included the painting, said he believed the situation would have been sorted out if the masterpiece was displayed, as "people could decide for themselves by experiencing the picture."

“Salvator Mundi,” thought to have been painted about 1500, was one of two related works mentioned in an inventory of King Charles I of England's collection after his execution in 1649. However, the last historical record of its ownership dates to the late 18th century.

In 2005, a pair of New York art dealers were searching a New Orleans estate sale when they came across a poorly preserved and partially painted over portrait that they thought was worth investigating further. They bought it for less than $10,000 and took it to a professional who removed the later layers of paint and restored the original.

Since then, it has changed hands a few times and was shown as a Leonardo in the National Gallery of London's 2011 exhibition. But it was the 20 minute $450 million record-breaking bid in 2017 that made the “Salvator Mundi” front-page news, particularly after the media claimed that the anonymous buyer was a proxy for Saudi Arabia's crown prince.

In response to media reports, Saudi officials have denied that bin Salman owns the painting.

According to the NYT, some art critics believe the Saudi royal family was never serious about including the painting in the French exhibition, and that they allegedly decided to keep it hidden so that it could be installed later at a planned tourist site in the Kingdom.

‘Can Only Have Been Painted by a Madman’: Museum Confirms Graffito on Munch’s ‘Scream’ is by Artist