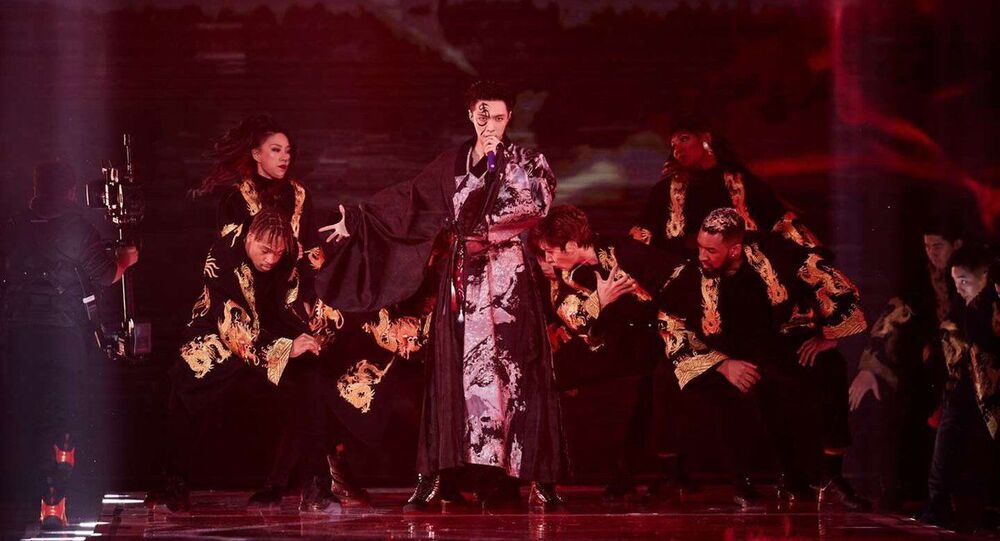 The new track is filled with Chinese vibes mixed with a modern sound.

Zhang Yixing, known professionally as Lay, a Chinese member of popular K-pop boy group EXO, who is now promoting mostly in China, has posted to his social networks a link to a new single called “Jade”, a pre-release of the singer’s 4th album.

Hi everyone my new single JADE is out now!

​In the unique style of the artist, the track is filled with the sound of Chinese traditional music instruments but remains entwined with modern beat and rhythm. Lay composed, wrote lyrics, and produced the song, as well as played the hulusi (traditional Chinese flute) and also sang the traditional opera part in the song.

​The song Jade was arranged jointly with music producer Murda Beatz who has made arrangements for Nicki Minaj, Drake and Travis Scott, supporting Lay's recognition as one of the leaders of the industry of Chinese music.

Lyrics by Lay
Composed by Lay
Arranged by Lay

The release came with photo teasers, where Lay is dressed in traditional Chinese opera costume, with make up, as well the modern style image, displaying a connection between the past and the present.
Lay’s 4th album will be split into 2 parts, apparently representing a reincarnation, with Volume 1 about his past life (inspired by Chinese music) and Volume 2 about his present life (in the common pop music style)
Fans have welcomed the new release by trending supportive hashtags #Lay520Jade and #Jade_LayZhang on Twitter:

Lyrics by: Lay
Composed by: Lay
Arranged by: Lay

X-backs (the name for Yixing's admirers) went wild once again shocked my their favourite multitalented idol.

Yixing is truly a music genius. The concept he followed by combining traditional Chinese music with modern tunes resulted beautifully. Looking forward to see what he will offer with his full album. #Lay520Jade #JADE_LayZhang @layzhang pic.twitter.com/r03Sjliwo7

The part where he sings AINT NODODY SHINE LIKE "YU" repeatedly, that's how Jade is pronounced in Chinese. Non-Chinese speakers usually find it difficult to pronounce, and say it in the sound "YOU". Yixing played with the words in the song.#JADE_LAYZHANG#Lay520Jade@layzhang pic.twitter.com/8tgImFl76M

So Jade is based on story of Farewell My Concubine ? His mind tho traditional music with modern elements in it 🔥#JADE_LayZhang #Lay520Jade pic.twitter.com/1fPmZFAbLd

Health Above All: K-pop Band Day6 Have Halted All Activities to Recover Their Mental Health