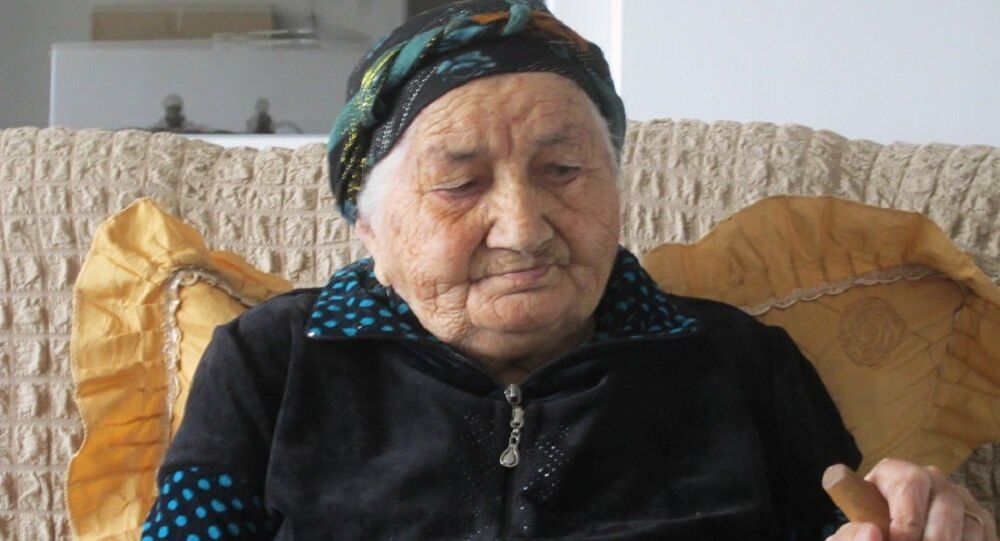 Nanu Shaova, a supercentenarian resident of the Kabardino-Balkar Republic in the Russian Caucasus, has lived through the rule of two Russian emperors, six Soviet general secretaries, and three Russian presidents. She has eight children, 19 grandchildren, 33 great-grandchildren and 7 great-great-grandchildren to show for it.

Meeting with a Rossiya Segodnya correspondent in a small house in the village of Zayukovo, Nanu Shaova and her son Hussein spoke about the simple rural resident's long and not-so-easy life, and the secret to her longevity.

© AP Photo / Scott Heppell
Happy B-Day, Your Majesty! Top 10 Things You Probably Didn't Know About Queen Elizabeth II
"Genes also probably play a role," the son admitted. "Her mother, my grandmother, lived to the age of 117 years." In addition, he said, although his mother never ate at very much, she loves sweets – candies, pastries, cakes. Relatives bring these with them just for her every time they come to visit.

According to the son, his mother never turned to doctors, and only allowed herself to take a shot on one occasion, and only from a nephew who works as a doctor. Only recently has she started taking medication.

Nanu always considered the best time in her life to have been when she worked. "She worked even after retiring, did a little trading, traveling to Georgia and Ukraine with goods and later selling them here," Hussein said. Before retirement, she worked all her life at a local collective farm.

Nanu's life wasn't easy, the son recalled. "Three of her children died when they were little. Her youngest daughter died after being struck by a car at the age of 12. Mom took this tragedy very hard. Five of her children grew to be adults. There are four of us left – three brothers and a sister. Father died in 1982 at the age of 96. He was four years older than mom, and was born in 1886."

Russian Defence Ministry
Russian MoD Declassifies Docs About Soviet Women's Feats During WWII
The 127-year-old lived through two world wars. She remembers very little about the first, but recalls that during the Great Patriotic War (the Russian name for the war on the Eastern Front in WWII) she and other village residents dug trenches. Later, when Zayukovo was liberated, she had the grisly task of collecting the bodies of those who were killed and burying them.

Hussein admitted that time has taken its toll on his mother's condition, with her eyes and memory deteriorating in recent years. "She's been talking very little recently, and problems with her memory have begun. Sometimes she doesn't even recognize us," he said.

Nanu was recognized as the oldest person in Russia in 2017, receiving a certificate from the Russian Book of Records. However, the certificate erroneously lists her birthday as July 15, 1890, according to Hussein. In reality, he said, she was born on May 25, meaning that soon she will be marking her 128th birthday.

"Do we have any plans to turn to the Guinness Book of World Records to register a record? Frankly we haven't even thought about it. But if there is someone out there who would deal with this issue, we wouldn't refuse," Hassan said.