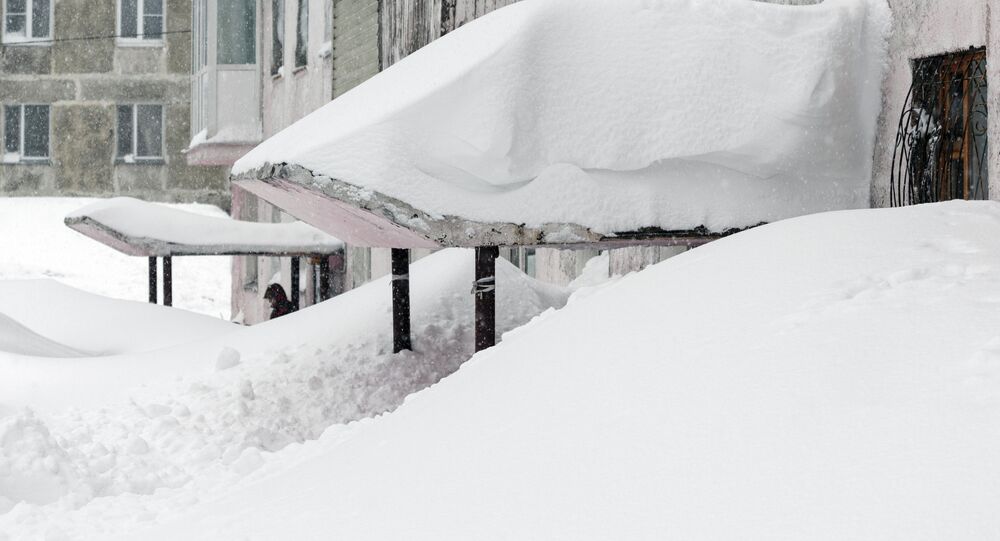 “The old woman went out on the balcony to have a smoke only to be swept away. She was hospitalized with multiple injuries,” a source at the hospital in Uglegorsk told RIA.

According to local media reports, the 70-year-old lady was lucky enough to land on a fresh snowdrift below. Because deep snow prevented the ambulance from reaching the house, she had to be taken to hospital inside the bucket of a construction loader that happened to be nearby.

The incident left the woman with a broken arm and three broken ribs and a concussion.

Sakhalin Island has been pummeled by a powerful cyclone packing winds of up to 40 meters a second (93 miles an hour) for two days now.

The local ferry line has been closed and the airport in Yuzhno-Sakhalinsk is operating according to current and forecasted weather information.

Gale-force winds have swept off the roofs of many apartment houses, a local daycare centre and blacked out dozens of residential areas.

Gale-force winds leave more than 1,000 without roofs in Georgia