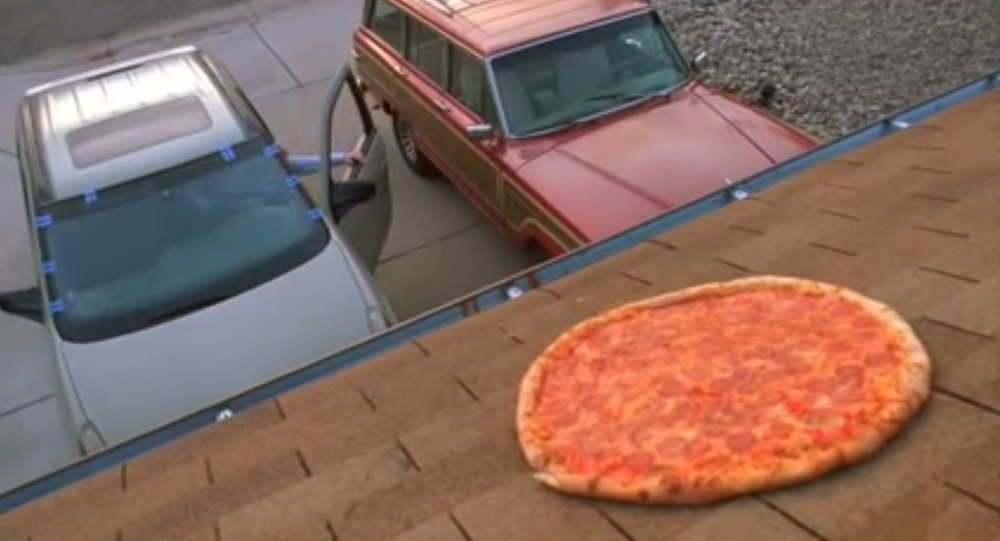 Tired of dealing with fans recreating a certain pizza scene from AMC's hit show "Breaking Bad," one New Mexico family has decided to build a wall.

If you've watched "Breaking Bad," you might remember the scene in which Walter White throws an entire pizza onto his roof.

​White didn't just toss the pizza out for no reason, though.

In the third season scene, White brings a pizza home for his family to feast on, but after his wife, who just discovered her husband cooks meth, locks him out, the frustrated breadwinner takes his anger out on the innocent pizza.

Thus the trend of wanting to find the White home and recreate the iconic scene was born.

But while the act might be thrilling for fans, it's just not so for the family that owns the Albuquerque home.

"We feel like we can't leave because when we do something happens and that's ridiculous," Joanna Quintana, the daughter of the homeowner, told local station KOB4.

According to Quintana, some of the fans are also a little too hands-on.

Youtube / Sputnik
Kiss the Cook: Breaking Bad Café Opens Its Doors in the Big Apple
"They feel the need to tell us to close our garage, get out of the picture, you know — tell us what to do on our own property," she said.

Without many options for deterrence, a wall seemed the best idea, but the family isn't thrilled about it, unlike a certain wall-happy American president.

"We don't want to gate ourselves in," Quintana told the local station. "We're the ones who's being locked up. We did nothing wrong."

Hearing of the situation, even the show's creator Vince Gilligan condemned fans for creating such a ruckus during an interview in 2015.

"There is nothing funny or original or cool about throwing pizza on this lady's roof," Gilligan told fans on a "Better Call Saul Insider" podcast. "You're not the first."