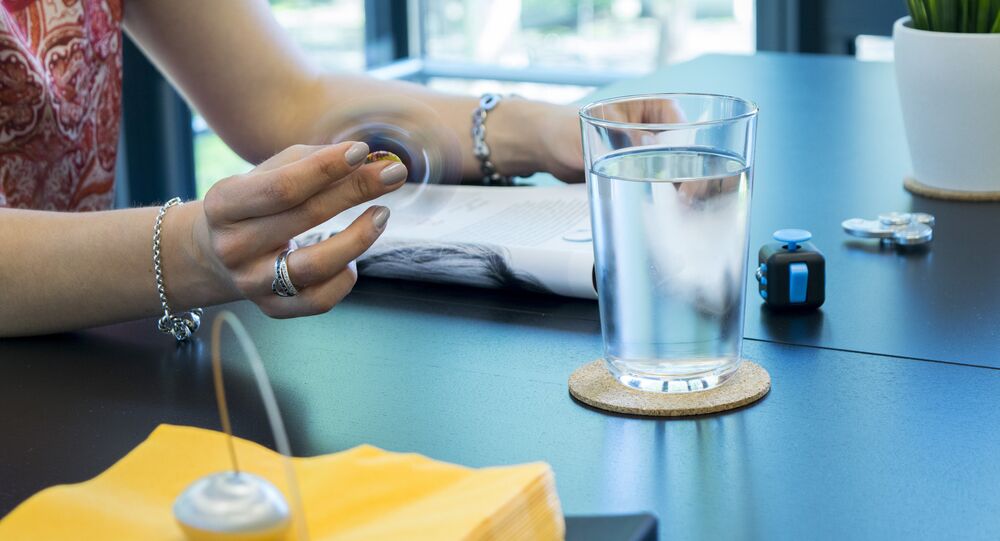 Spinners, Rubik’s Cube and Other Gadgets for Idle Hands (VIDEOS)

As the fidget spinner craze continues to sweep across the world, it would be wise to remember that this trendy gadget is far from the first device developed by man to keep one’s idle hands busy.

The fidget spinner became a worldwide fad in 2017. But as some praise its alleged stress-relief qualities others, like a certain pastor from Paraguay, denounce it as the work of Satan no less. It’s worth noting that this is far from the first so called ‘fidget toy’ to be made by man.

As popular as fidget spinners may be now, they’re unlikely to match the fame of the legendary Rubik’s cube. While not exactly a fidget toy, this 3D combination puzzle invented in 1974 is often considered to be the best selling toy in the world.

Later the cube’s creator, Erno Rubik, invented another toy known as Rubik’s Snake – a set of triangular prisms connected by wedges that could be twisted in different ways to make the device take on a wide variety shapes.

Baoding balls, also known as the Chinese health balls or Chinese meditation balls, are a much older creation reportedly dating back to the Ming dynasty. A pair of small metallic balls designed to be rotated in one’s palm, they apparently help improve finger dexterity and relieve stress.

Crowdfunded in 2016, the fidget cube is a small handy toy that features various sensory tools on all its six sides to help a person occupy his or her hands and relieve stress in the process.

Compared to the previous creations, the Russian toy known as ‘kapitoshka’ is simplicity itself. It is a small hollow latex ball, usually filled with starch or powdered chalk, which one can squeeze and play with to his heart’s content.

And it’s hardly surprising that the underworld has anti-stress toys of its own. For example, notorious Russian criminals often calm their nerves by flipping boltukhas – a sort of homemade set of worry beads that serve both as a stress-relief tool and as a sign of one’s privileged status in the criminal hierarchy.

Even Cats Are Becoming 'Infected' With Fidget Spinner 'Plague'