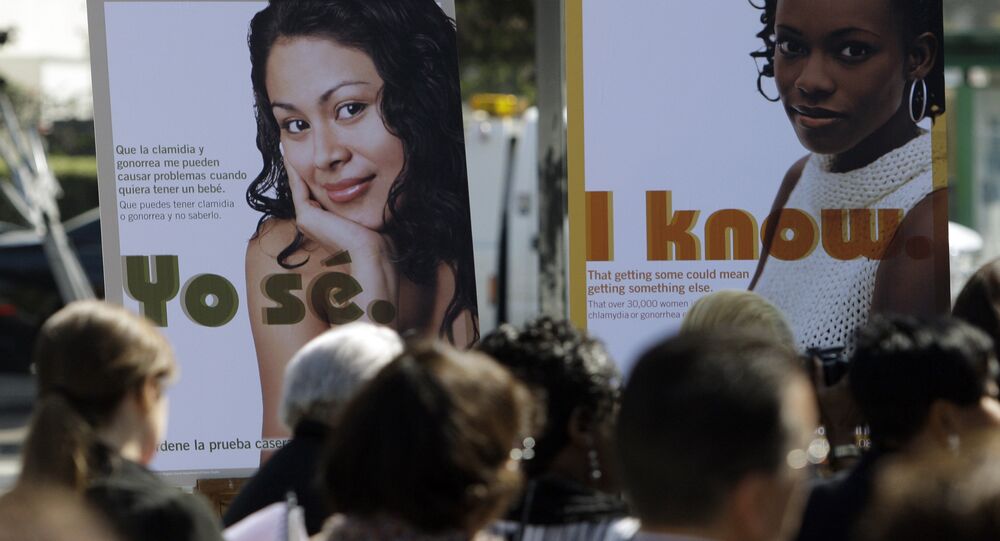 The sexually transmitted disease gonorrhea is becoming incurable, as it was in the 1920s, before the first drugs to treat it were discovered. According to the World Health Organization (WHO) more than 60 percent of countries surveyed around the world have reported cases in which last-resort antibiotics simply don't work anymore.

Since the 1930s several classes of antibiotics have been used to kill the bacterium that causes gonorrhea, which is called Neisseria gonorrhoeae. Widespread use — and misuse — of these drugs, however, has led to a rise of antibiotic-resistant strains of the bacteria.

"The best time to have had gonorrhea was the eighties, since there were many drugs to treat it with," Ramanan Laxminarayan, Director of the Center for Disease Dynamics, Economics and Policy in Washington DC said in a recent interview.

Health agencies in the US, Europe and Canada have in recent years flagged drug-resistant gonorrhea as an emerging threat.

If left untreated, gonorrhea can increase a woman's risk of developing HIV infection, infertility or ectopic pregnancy — among other effects.

Some countries are finding cases of #gonorrhoea that are untreatable by all known antibiotics https://t.co/JsBwjFdp42 #AntibioticResistance

In May 2016, the WHO partnered with the Drugs for Neglected Diseases initiative (DNDi), a non-governmental organization in Geneva, Switzerland, to confront antimicrobial resistance and gonorrhea was at the top of their list.

According to a paper that was published in PLoS Medicine, there is robust resistance to three common types of antibiotics prescribed for gonorrhea.

Dr. Gwenda Hughes, a consultant scientist and head of the sexually transmitted infections (STI) section at Public Health England, believes that the rise in gonorrhea is down to resistance to the antibiotic treatment options.

"Cases of gonorrhea in England have risen in recent years and we are responding to the emergence of strains that are resistant to the antibiotic treatment options," Dr. Hughes told Sputnik.

"We have introduced enhanced surveillance of identified cases, their sexual partners and treatment and we actively monitor the spread of antibiotic resistance and potential gonorrhea treatment failures of resistant strains," Dr. Hughes added.

Each year, an estimated 78 million people are infected with #gonorrhoea. Gonorrhoea can infect the genitals, rectum and throat.#STIs

​Dr. Hughes' views were echoed by Dr. Magnus Unemo, head of the WHO Collaborating Centre for Gonorrhoea.

"Historically this bacteria has shown extraordinary capacity to develop resistance to all antimicrobial drugs introduced for treatment, and we have seen since the start of the antibiotic era the problem now is that we start to see resistance to last remaining treatment options, which is the antibiotic called cephalosporin. That is why we really work hard to increase the collaborative action, have global surveillance and focus on solutions […]," Dr. Unemo told Sputnik.

So how can the disease be controlled? According to scientists at the WHO better treatment and prevention is needed to ensure the disease does not spread.

"To control gonorrhea, we need new tools and systems for better prevention, treatment, earlier diagnosis, and more complete tracking and reporting of new infections, antibiotic use, and resistance and treatment failures. Specifically, we need new antibiotics, as well as rapid, accurate, point-of-care diagnostic tests — ideally, ones that can predict which antibiotics will work on that particular infection — and longer term, a vaccine to prevent gonorrhea," Dr. Marc Sprenger, Director of Antimicrobial Resistance at WHO said in a recent interview.

According to Public Health England, the prevention strategy should include providing education and ensuring people understand the importance of wearing a condom, as this will significantly reduce the risk of infection.

Undocumented Immigrant Arrested on Suspicion of Infecting Girlfriend With HIV