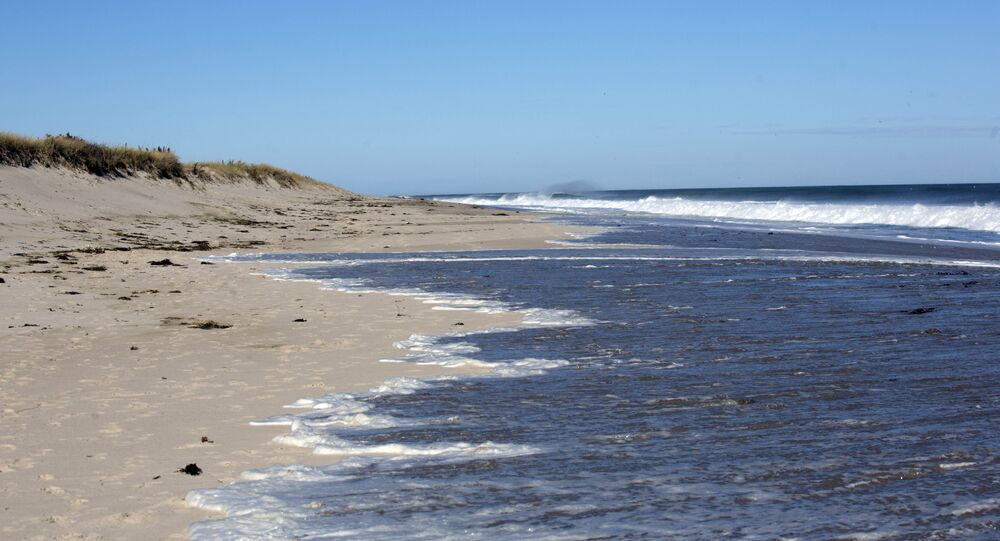 While most Fourth of July celebrations involve hamburgers, fireworks and a general gathering of family and friends, a group of intoxicated teens at Mayflower Beach on Cape Cod decided to commemorate the holiday by allegedly having sex in public.

Nineteen-year-old Juliana Murphy of Penfield, New York; Stephen Cerrone of Quechee, Vermont; Lukas Kaminski of Hopkinton, Massachusetts; and 18-year-old Molly Hines of Penfield, New York, ended up getting arrested on charges of disorderly conduct for their, shall we say, flagrant celebration, according to the police report.

Kaminski, the only teen who didn't actually join in on the fun, was reportedly arrested for failing to comply with police orders to vacate the area.

The teens were caught, and caught on camera, because of an equally celebratory crowd that gathered around them and began chanting "USA, USA, USA!" to cheer on the randy teens.

​ According to the police report filed by Dennis City Detective Matthew Turner, the momentous events occurred about 100 feet from shore at 1:30 p.m. local time on July 4 in Massachusetts.

Nearly 25 people onshore, both adults and children, were watching the drunken teens in "disbelief," according to Turner’s report. Another 30 watched and cheered on the teenage couples from the water.

After failing to respond to a lifeguard and the Dennis area detective, a second lifeguard was soon forced to get into the water to retrieve the teens. Seconds after the teens returned to land, Turner detected a strong smell of alcohol, evidently a driving force in the fiasco.

"During the daytime hours at the height of Fourth of July, something like this is kind of rare," Dennis Police Lieutenant Peter Benson told the Cape Code Times, a local outlet. " We just don’t make a lot of arrests at the beach. Generally we get a family crowd going to these beaches and not causing incidents."

The last arrest that was made on Mayflower Beach was from June 1. It involved a drunken man who eventually got confrontational with officers, according to Benson.

For the time being, the rowdy juveniles will reconvene with officials of the Cape and Islands District Attorney’s office, who will evaluate whether the teenagers’ participation in the Youthful Diversion Program was sufficient punishment for their sexcapades.