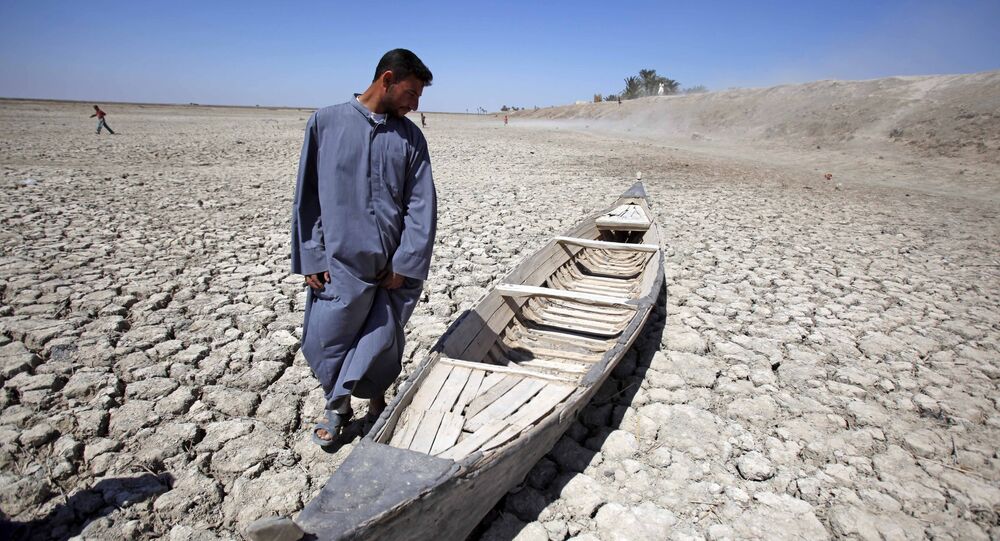 It appears that people living in the Persian Gulf states may be facing a threat far more sinister and realistic than sectarian violence or even nuclear war.

© AP Photo / Rich Pedroncelli
UNICEF: 600 Million Children to Face Water Shortages in 20 Years
Despite the fact that the Middle East is currently being torn apart by a number of violent armed conflicts, it turns out that these local wars are not the greatest threat to the region.

The people living in the Persian Gulf states risk dying a horrible death or being forced into a bloody and desperate fight for survival due to the growing lack of probably the most basic necessity there is: clean drinking water.

The people are far more likely to die not "at the hands of Sunnis or Shias like the US media says," but of thirst, Saudi daily newspaper Okaz grimly predicts.

"According to some reports, the world is on the verge of a water crisis, and the Persian Gulf states are among the countries with highest water scarcity (in the world): there’s very little surface water and groundwater here," the article’s author warns.

At the same time, the newspaper points out, local industries tend to use the already scarce water resources in a rather wasteful manner: for example, dairy plants in the region spend about 800 liters of water per each liter of milk they produce.

"Therefore a unified approach to solving the water scarcity problem needs to be developed as soon as possible, especially considering the high economic growth rates in the region," the author concludes.