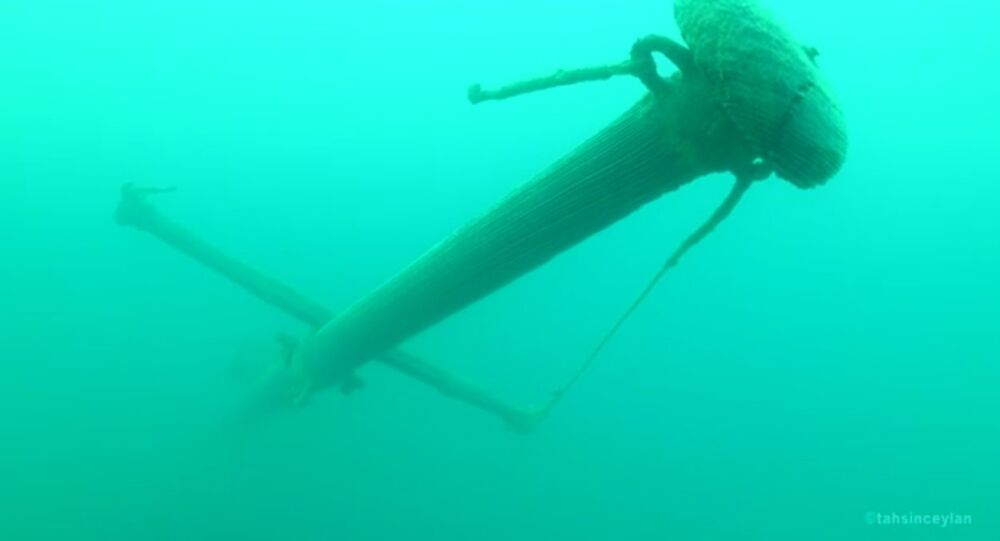 Turkish divers have discovered the wreckage of a century-old Russian vessel that sunk in Lake Van nearly five decades ago.

Divers from the Lake Van Underwater Exploration Society have discovered the remains of a ship in good condition resting at the bottom of the lake, which apparently used to be a Russian cargo vessel that sank nearly half a century ago.

​Tahsin Ceylan, prominent underwater photography and one of the society members, explained that this discovery was not in fact a fluke but rather a result of hard work and meticulous research.

"This vessel endured several eras. It witnessed the events that took place during the time of Russian and Ottoman empires, as well as the Turkish republic," he remarked.

​According to Ceylan, while studying a 1968 treatise on the history of Tatvan, one of the ports on Lake Van, they learned that three vessels were built on a shipyard there when Russian Empire seized control of that area during World War I. One of the ships was destroyed by a fire while the second ended up as a rotting derelict; the third one however, a cargo ship called Akdamar (named after one of the Lake Van islands) sunk after hitting rocks during a storm in 1958.

​The society researchers spent a whole year trying to determine the shipwreck’s location, and only announced their discovery when divers had found the vessel.

"Despite the fact that the ship was built in 1915, it is still in surprisingly good condition. It’s about 40 meters long, with a 6-7 meters tall mast. When the Russians abandoned this territory, the ship’s ownership passed first to the Ottoman Empire and then to the Turkish Republic; the vessel remained in service up until 1958 when it sank after hitting rocks, most likely during storm," Ceylan explained.

He also added that this is the first shipwreck to be discovered in Lake Van, and that this find may help promote underwater tourism in the region.