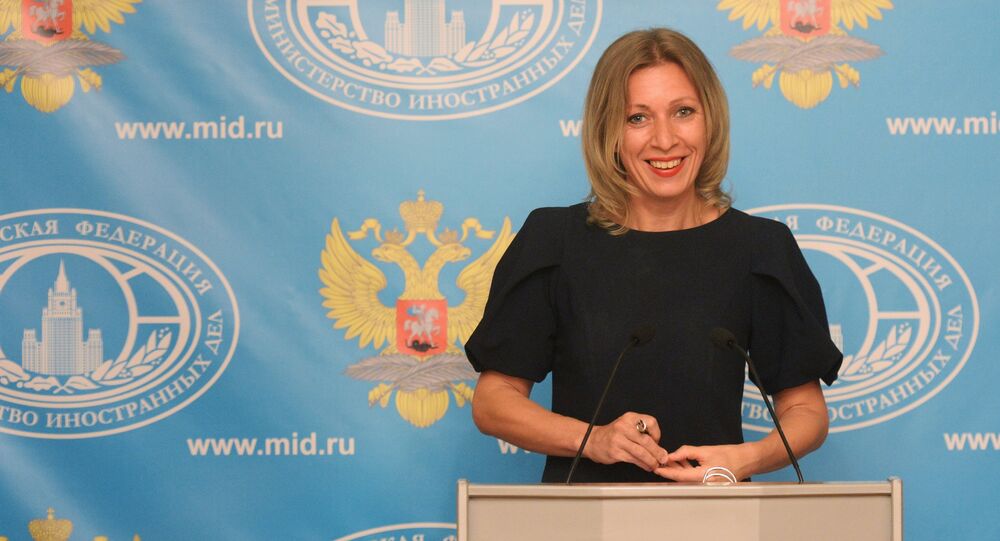 Russian Foreign Ministry spokeswoman Maria Zakharova has won praise for her wardrobe, and in an interview with Sputnik Polsha, she revealed her secret – she buys Russian.

© Sputnik / Iliya Pitalev
Anti-Russian Propaganda One of Factors That Led to Ambassador Karlov's Assassination - Russian Foreign Ministry
Zakharova said that her foreign colleagues were particularly impressed by one creation, a black dress with short puffed sleeves, which she had bought in a local clothes store.

"When I arrived in it (the dress) at negotiations abroad, my diplomat colleagues said it was a very beautiful dress, but I didn't even know who the manufacturer was – I just took it off the rack in the store," the spokeswoman said.

After one news briefing, Zakharova received a letter from a clothing company which said they recognized the dress as one of theirs. Zakharova checked the label and confirmed she was wearing the firm's dress.

"A short time later, I received a whole package of clothes from this company! Of course, I can't accept that kind of present, it's forbidden by anti-corruption laws. I called them and said that I am willing to buy their products," Zakharova said.

“Most of what you see me wearing at briefings is clothing manufactured in Russia. One manufacturer is a firm called 'Akimbo,' and I now I go to briefings in their clothes. I get a lot of questions about what I'm wearing, the answer is – the Russian clothing.”

“They (Akimbo) aren't the only ones. Elena Shepilova, for example, is another Russian designer. Recently I have discovered a multitude of Russian designers who have garnered a following abroad,” Zakharova said.

Never miss a story again — sign up to
our Telegram channel and we'll keep you up to speed!