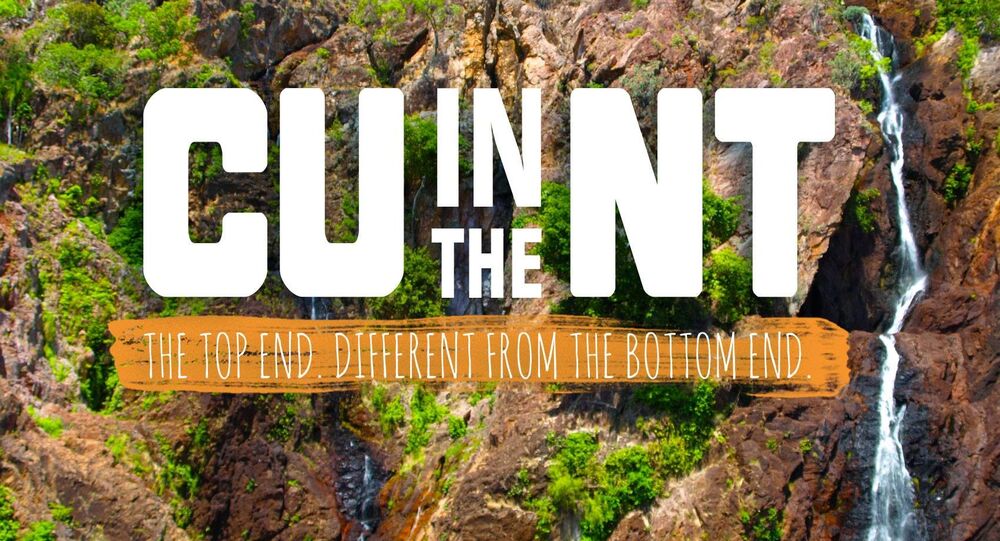 CU in the NT: Cheeky Marketing Puts Australia's Northern Territories on the Map

Also, the slogan is arranged in such a way that it’s resemblance to a certain four-letter swear word seems more than a mere accident.

It should be noted that NT Official is not "affiliated with, endorsed, associated with or sponsored by any government or official NT tourism organizations or their associated brands, companies or subsidiaries" but "just some lovers of the top end, spreading love" for their "favorite territory", according to a statement posted on their Facebook page.

The reaction in social media was mixed: while some people were quick to blast NT Official for the apparent use of a swear word, others were all too eager to share the group’s posts and consider planning their own trips to the Northern Territory.

"What an incredible response so far! So many more people are discovering the NT since the campaign launched and with many planning their trips as we speak. We know every single one of you will love what you see, when we CU in the NT!" a Facebook post made by the campaign architects says.

It remains unclear whether the design in question was a deliberate effort or perhaps a result of some sort of blunder as its creators have so far proved reluctant to give any interviews.