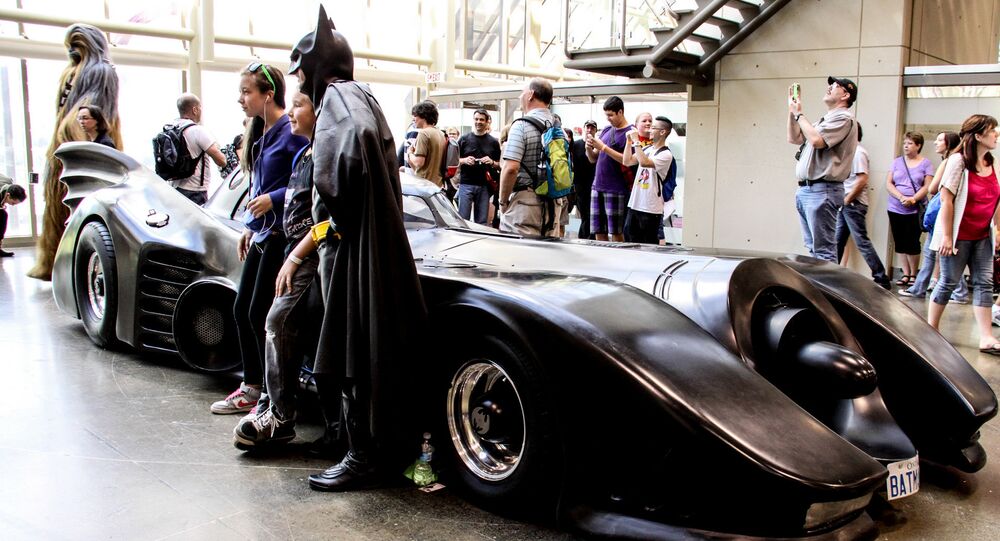 Nike Mag self-lacing sneakers were recently sold at a Hong Kong auction house for $104,000 dollars. This was a copy of shoes worn by Marty McFly, the protagonist of the film "Back to the Future." Sputnik decided to remember other things, which moved from the movies to real life.

A pair of self-lacing sneakers was a thing every Back to the Future fan dreamed of. The development of this model took Nike corporation several years. In 2011, they presented a copy of Marty's shoes; however, it had to be laced up in the old fashioned way. The company completed the project and a perfect pair of Nike Mag sneakers was introduced to the world in September 2016.

The shoes are equipped with a special technology, which not only tightens the laces, but also responds to the movement of the owner. According to Nike representatives, the shoes adapt to its owner and provides the most comfortable conditions of wearing. The company plans to release 89 more pairs, which will appear on sale in November. The price of the super-shoes is still unknown.

Another Back to the Future idea that migrated to everyday life is a flying skateboard. The model was developed by a private space company Arca. Funding for the hoverboard creation was collected with the help of crowdfunding — thanks to Internet users. The board is still different from the one that Marty flew on in the movie. It looks bulky, but this will only be a matter of time. The hoverboard  operates using 36 ventilators connected to electromotors. It can reach speeds of up to 20 kilometers per hour. The cost of novel flying transport unit is $19,000.

Lexus, a division of automobile giant Toyota, is also engaged in the development of a flying skateboard. Last year, the company presented a video of theirprototype creation. Their hoverboard will rise above the ground thanks to the principle of quantum levitation.

At the end of 2015, the seventh episode of Star Wars saga hit the screens. One of its new characters, BB8 droid, instantly charmed fans of the epic all around the globe.

Developers didn't waste their time and presented a real robot model mimicking it. Of course, it's not as bright-headed as in the movie, but it's still not useless. For example, the droid can independently explore the area around it, memorizing objects and routes. It also knows how to record messages and send them to owner's friends. The cost of the toy is about US $160.

This City Needs a Hero

Have you ever dreamed of owning Batman's car? It is on sale in Russia, now. A replica of the legendary Batmobile, which was seen in Tim Burton's films about the superhero, costs over a million dollars.

The car is assembled on a General Motors chassis and is equipped with Ford 460 BigBlock engine with 550 horsepower. It can go up to a speed of 250 kilometers per hour. Just like in the movie, access to the cabin is possible through the retractable roof. The superhero's vehicle is equipped with an onboard computer, air conditioning, anti-theft, as well as a special sport exhaust, which produces the same sound effect like in the film.

Special for the Cinema and Shrimp Lovers

Restaurant Bubba Gump Shrimp Company featured in the movie Forrest Gump became a reality, too. Shortly after the premiere, Paramount offered a restaurant chain to open a theme restaurant, which is now represented in 39 countries. Visitors of this place in Hong Kong, for example, say that it is a paradise for shrimp lovers.

Quidditch is a fictional game from the world of Harry Potter. Wizard fans have adapted it for the Muggle world. Middlebury College students were the first to compete in the unusual sport. In 2012, the number of followers grown: teams from five countries — US, Canada, UK, France and Australia — fought for Quidditch World Cup.

Russia also holds competitions in Quidditch, though they differ from the overseas ones. According to the Russian rules of the game, players don't have to clamp the broom between their legs.

Back to the Future Day: Russian Fans Too Frustrated Over Lame 2015 'Future'