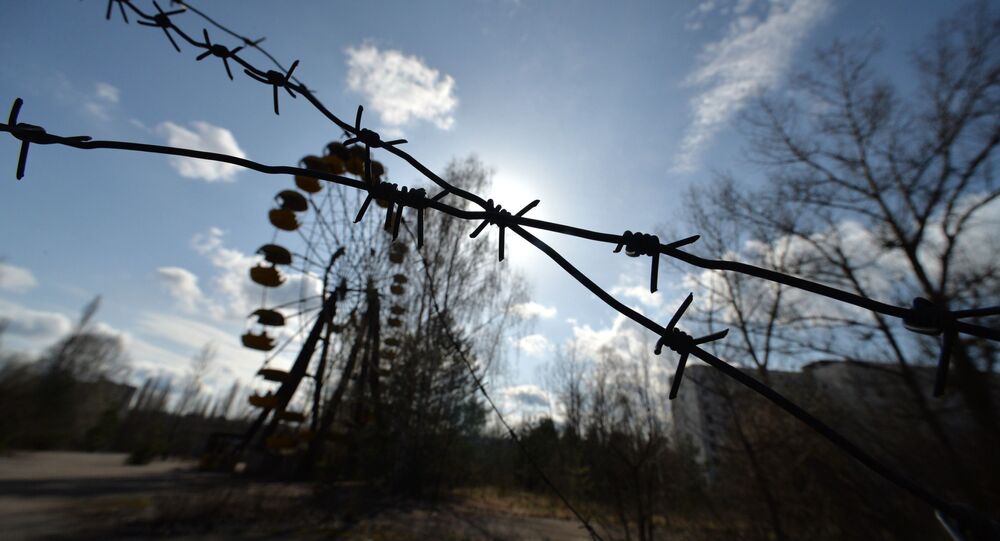 While the majority of tourists usually prefer to spend their vacations at upmarket resorts or snapping pictures of iconic landmarks, there’s also no shortage of people who willingly travel into some of the most foreboding corners of the world, including the radioactive wastes of Chernobyl and Fukushima.

The words 'Chernobyl' and 'Fukushima' have now effectively became synonymous with ‘nuclear disaster’. The two plants became sites of the worst nuclear catastrophes in history, both of them graded Level 7 on the International Nuclear Event Scale.

And despite the fact that the facilities are situated thousands of kilometers apart from each other, not to mention the fact that the Fukushima Daiichi disaster took place nearly 25 years after the Chernobyl catastrophe, some pictures taken at the two sites look eerily similar.

1 / 26
© AFP 2021 / Yoshikazu Tsuno
Self Defense Force soldiers remove debris at tsunami washed field in the city of Minamisoma in Fukushima prefecture on May 2, 2011.

However, despite the unnerving atmosphere and a host of clear and present dangers concealed there, the Chernobyl exclusion zone has become a popular destination not just for looters, but for tourists from all over the world as well, with the first tours to the dangerous area reportedly taking place as early as 1995.

The popularity of the radioactive territory surrounding the crippled Chernobyl plant also surged in 2007, following the release of the S.T.A.L.K.E.R. videogame, as the game’s setting was closely modelled after the real Chernobyl exclusion zone.

Eventually, despite the fact that any unauthorized visit to the exclusion zone is considered a criminal offense in Ukraine, the people who enjoy illegally infiltrating that area even formed their own subculture. Calling themselves stalkers, they became true adepts at bypassing all sorts of natural and manmade obstacles that can be encountered during an illegal trip to the nuclear graveyard of Chernobyl.

Furthermore, a number of people actually live in the Chernobyl exclusion zone – former residents who either came to reclaim their homes, abandoned during the evacuation in 1986, or squatters who moved into derelict buildings.

And despite the dangers of Chernobyl, it has become a "hot" hit with tourists. In 2003 Forbes magazine even named the Chernobyl Nuclear Plant as a most "exotic" tourist destination in the world.

Representatives of Go2Chernobyl, one of the largest companies that sell tours to Chernobyl, told Sputnik that last year alone they had nearly 20,000 clients, and that sometimes they get up to 3-4 thousand clients per week.

One of the company guides, Victor, also added that they were once visited by a man from Japan who apparently is looking into creating a similar enterprise to sell tours to Fukushima Daiichi plant.