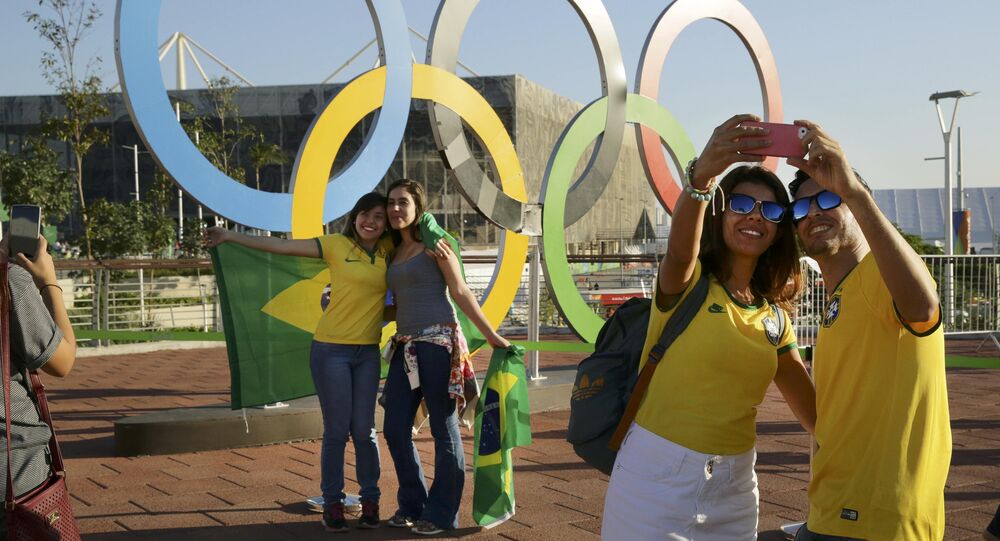 The Biggest Scandals of the 2016 Rio Olympics

The 2016 Summer Olympic Games in Rio de Janeiro will be remembered not only for the sports achievements accomplished during the event, but because of the considerable number of scandals involving the visiting athletes and hosts alike.

Take, for example Ryan Lochte of the US swimming team, who claimed that he and his colleagues – Jack Conger, Gunnar Bentz and James Feigen – were robbed by men claiming to be police officers.

The story turned out to be pure fabrication, an apparent attempt to cover up an unpleasant incident when the swimmers broke a door at a gas station restroom and had to pay for the damage.

Even though the swimmer already apologized for the altercation and for his behavior, the public is unlikely to forget his shenanigans anytime soon.

"Swimmer Ryan Lochte posted an apology" (the caption on the banner says "Sorry, I was high")

"This swimmer Ryan Lochte looks just like the Penguin from the Gotham series. What do you think? High and constantly changing his story."

Another US athlete, a female soccer player named Hope Solo, also managed to alienate the local audience thanks to a somewhat tasteless joke she made at their expense.

The athlete provoked the Brazilian fans’ ire back in July by posting several photos of herself on Twitter using hashtag #zikaproof and detailing her apparent preparations for her upcoming foray into the country, which is dealing with a massive Zika virus outbreak.

During every soccer match that Solo took part in, every time that she touched the ball, the incensed fans yelled "Zeeee-kaaaaaa!"

"The videos of the crowd screaming 'Zika' at Hope Solo are so funny. Poor dear, I like her, but she disgraced herself."

And while the French pole vault athlete Renaud Lavillenie might have a good reason to be upset after he got booed by local fans when unsuccessfully attempting to beat the results of his Brazilian rival Thiago Braz da Silva, his subsequent emotional outburst, as he even compared the treatment he received to that of Jesse Owens in the 1936 Olympics in Berlin, was apparently considered beyond the pale by the locals.

"You know that French pole vaulter? Today Renaud Lavillenie got booed once again at the podium and he cried."

"Even the French newspaper Le Monde pulled no punches at Renaud Lavillenie, calling him a sore loser."

However, athletes weren’t the only ones who made fools themselves during the Olympics. Prior to the beginning of the games, when members of the Australian team complained about the living conditions at the Olympic village, Rio de Janeiro Mayor Eduardo Paes offered them a kangaroo to make them feel more comfortable.

Team Australia says the #OlympicVillage is uninhabitable. Mayor of Rio responded with "would you like a kangaroo?" pic.twitter.com/bPYRz3USql

And while athletes complained about conditions at the Olympic village, the locals took that opportunity to make snide remarks about the poor environmental situation at Guanabara Bay.

"Guanabara Bay is furnished better than the Olympic village, it got sofas and fridges."

Will this list increase by the end of the Rio Olympics? Only time will tell.