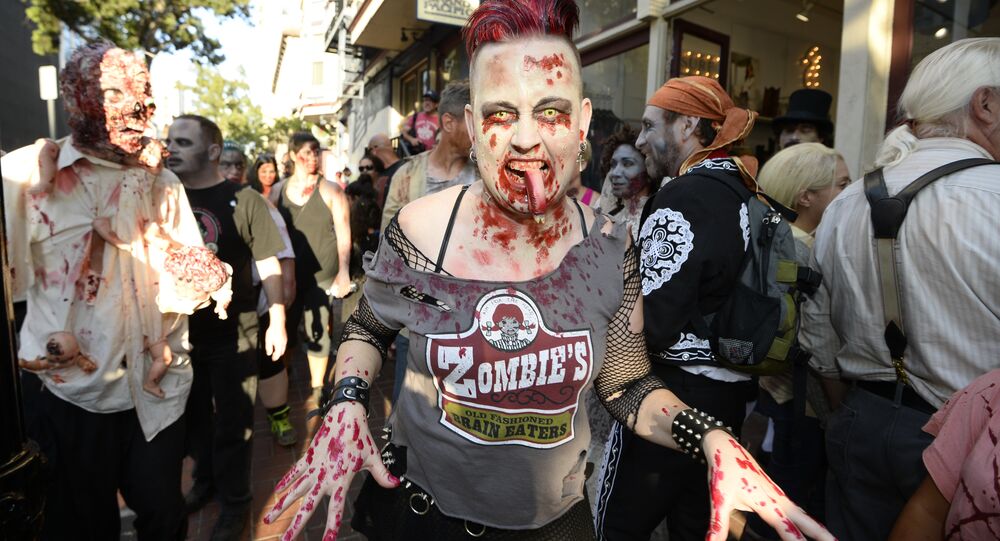 Even if a zombie apocalypse is unlikely, it pays to be prepared.

Ophiocordyceps unilateralis, a type of fungus discovered in 1859, is found primarily in tropical regions. Inhabiting certain species of ants, it causes bizarre behavior in the host. Once O. unilateralis infects an ant, the host ant abandons its nest and seeks out the forest floor, where the fungus slowly begins to burst forth from the ant’s head.

Ophiocordyceps unilateralis is also known as the "zombie fungus."

The possibility of an organism evolving to manipulate a human brain in the same way is remote, but hey, given the wish-fulfillment prophecies of major media outlets, you never know. Luckily, in the event of a zombie outbreak, scientists speaking with The Conversation have considered what humanity can do to survive.

First, an analysis and understanding of the outbreak is essential.

"These parameters, as well as the mode of transmission, will affect the disease’s spread," the Conversation reports.

"Our zombies do not expire naturally and require the removal of their head or destruction of their brain for permanent death. So the main consideration in a zombie epidemiology model is how many people a zombie can bite before it either runs out of victims or is destroyed."

A number of variables go into this equation, including population density and the speed of the zombie.

Once that rate is determined, one of four responses can be carried out.

A second option would be a kind of reverse quarantine, in which the healthy isolate themselves to prevent the spread of disease until it can be cured.

If no cure is likely, however, then more extreme measures would have to be taken.

YouTube/ ellimacs sfx makeup
Braaains! The Evolution of the Zombie

"With no treatment option, a selective cull that involves attempting to remove the infected individuals from the population permanently is a tempting option," the report reads. "But this suffers from the same problems as quarantine. Not only does it require efficient removal of the infected, there also needs to be some diagnostic screening process in hand so that early cases with fewer symptoms can be detected."

Which means that the most effective option may also be the most controversial.

"With heavy casualties but a guaranteed end to the infection, this is often the choice the 'military' characters plump for in a zombie story."

This "guaranteed" method involves wiping out an infected area, even if it means killing innocent people who may not yet be infected.

So it’s coals to Newcastle, as scientists engage their free time speculating about an occurrence about as likely as a Trump presidency. Someone has to do it, and hopefully it’s a scenario that will remain in the imagination — and in a few tropical ant colonies.