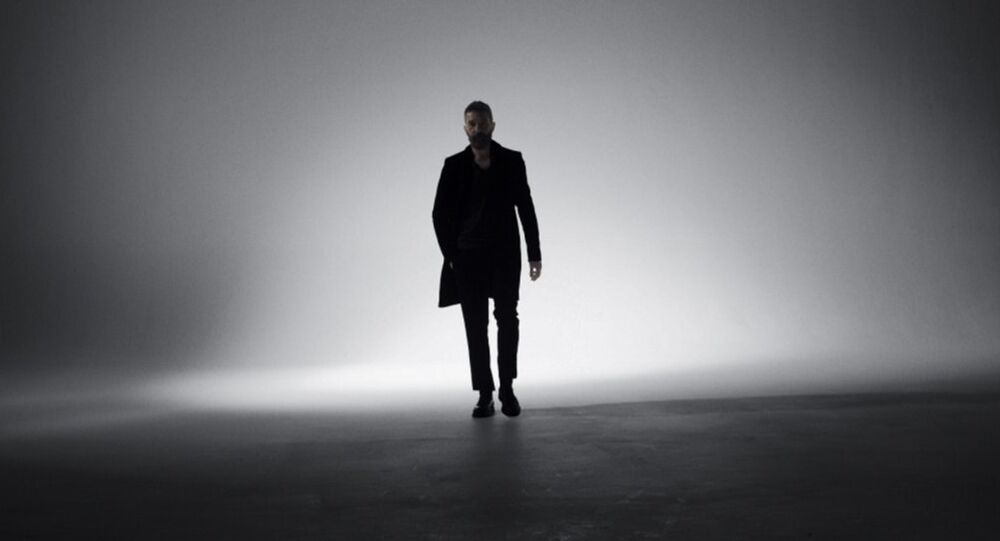 Stop the press everyone, because Malaga-born Hollywood star and all-round old hot Spanish dude (some would say!), has just launched a new fashion label, and he does so on the day he is also celebrating his 56th day of birth on planet Earth.

It was this time last year, at the younger age of 55, that Spanish heart-throb Antonio Banderas, announced he would be concentrating on a new project and enrolled on a fashion design course at London's Central Saint Martins.

​It seems, the Spanish actor likes doing momentous things every year in time for his birthday. This year he is launching his first menswear collection, which in his own words capture: "Passion. Spirit. Life." Listening to that, we can't help but be reminded of the fictional character of fellow Hollywood thespian Ben Stiller's 'Zoolander' who would be the perfect model to capture the essence of what the collection represents for the Banderas collection.

​Starting Wednesday (August 10), the award-winning actor-turned-fashion student's collection will be available through a collaboration with Selected Homme, the Scandinavian clothing company whose wares can be found everywhere from ASOS to Urban Outfitters. Banderas' line sticks to classic menswear tropes: it will be smart wool topcoats, the ultra-important band-collar popover, polo shirts, one very sharp navy suit, and a leather motorcycle jacket tricked out with brass hardware.

​Optional 'Banderas' hipster beard will not be included, but can be adorned by those men inclined to facial hair as part of their fashionista identity.

We would have liked to have seen maybe a few 'Masks of Zorro, 'maybe some bright capes to accompany. Dissapointing also that there are no boots following his 'Puss in Boots' role in Shrek 3, no 'Mambo Kings' style bowler hats and no pirate attire from his role as 'Burger Beard' in the 'Sponge Bob' film. And not even a sign of any square pants! We could go on, but then the restless, multi-talented S panish star has starred in a lot of films to date.

​Instead, here's a list of some other well-known stars who launched their own fashionista lines… some hot, some not.

Good chums with Banderas, 'Jenny from the Block' launched her line, initially as the street wear spinoff to the classier, original Jennifer Lopez Collection. So she has 2 collections in effect targeting two different demographics…

Eventually, Sweetface got fancy with chiffon mini-dresses and fur chubbies. In 2008, S-Face burned out faster than you can say, "I'm still Jenny from the Block," yet Ms Lopez is now collaborating with designer Giuseppe Zanotti on a capsule shoe collection.

P-Diddy, better known for his music, but still quite the thespian, Diddy has a massive clothing brand that has been rattling around every major department store since the late 90s.

Dress to impress, it's the only right thing to do! Head over to @macys for this & many more! #sjbigdream #seanjohn pic.twitter.com/SeXZAVQJUE

​It's won a CDFA Award (in 2004), been the subject of scrutiny for its violation of Honduran safety lines where its factories were based, but still remains solid to this day. The line was said to have once be making upto US$250 million a year.

She may not be an actress or pop star, but her dad is playing the starring role in US politics, so she made our list!

© AFP 2020 / Brendan Smialowski
Ivanka Trump arrives to speak on the last day of the Republican National Convention on July 21, 2016, in Cleveland, Ohio

Heir to her dad's wealth, Ivanka's latest clothing collection is said to champion working moms — except the ones who design her clothes. The eldest Trump daughter, 34, has built her personal brand around this cause, penning a book called "Women Who Work" and leading the family-friendly policy charge on Donald Trump's presidential campaign.

​But the company that designs her clothing line, including the $157 sheath she wore during her convention speech, does not offer workers a single day of paid maternity leave. Despite this, expect her clothing collection to last forever because she's rich, and can do as she pleases!

After previous collaborations with H&M in 2007, and Dolce & Gabbana the same year, Madonna launched her collection for teenage girls called Material Girl (cleverly named after the famous song) for Macy's store.

​The line, which is designed by Madonna and her daughter, Lourdes was created for the thirteen through twenty-five year old demographic. The pieces are very bold and certainly wearable, even for those who wouldn't step foot in a Macy's otherwise.

​The successes of that line led to Madonna creating a racier line of lingerie, fragrance and shoes for adults, called Truth or Dare, named after her 1991 album.

In 2004, former Spice Girl Victoria Beckham designed a limited edition collection with jean company, Rock & Republic. Her US$300 rhinestone studded jeans were a big hit. This proved she was probably called "Posh Spice" for a good reason.

​In 2006, Beckham debuted her own line of denim and eyewear at Saks Fifth Avenue. In 2008, her first collection debuted at New York Fashion week. The world learned that perhaps Beckham's talents as a designer surpassed her talents as a singer, earning her a "Designer of The Year," British Fashion Award in 2011. Currently, she has several collections, including denim, accessories and ready to wear and she is very successful and revered in the world of fashion.

The starlet attempted to become a maven of leggings, naming her line after the birthday of her idol, Marilyn Monroe… June 6, 1926.

​The absurdly overpriced pairs legwarmers were (not surprisingly) unsuccessful; Lohan was eventually sued by her manufacture for US$5 million, blaming her messy reputation as the reason for the line's failure.